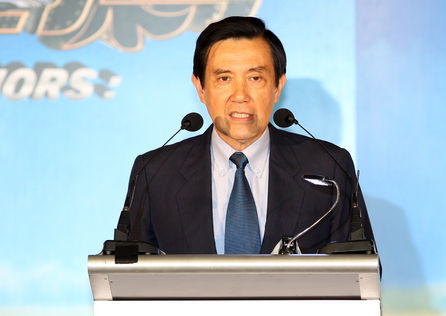 President Ma Ying-jeou requested that former head-of-state Lee Teng-hui make a formal apology to the public after the Diaoyutai remark he made during his trip to Japan late last month, according to Ma’s official letter of statement released to the local media on Monday.

Lee openly stated that the disputed islands, known as the Senkakus in Japan, belong solely to Japan. He again reiterated his position on the issue in Tokyo at the Foreign Correspondents’ Club of Japan.

He owes the public a formal apology, according to Ma’s written statement.

Ma also wrote that based on history, geography, geology and the International Law, the Republic of China’s sovereignty over the Diaoyutai is undisputed.

“Safeguarding the integrity of the R.O.C. is the given right of the President,” he declared, pointing at the Taiwan-Japan fisheries agreement he signed in 2013 as an example where he reached a consensus with Japan under the principles of parity and reciprocity over maritime territories.

As such, the R.O.C. on Taiwan will continue to stand by its claim and safeguard our sovereignty over the Diaoyutai Islands, Ma wrote.

In a historical fact dating back to China’s Ming Dynasty about 650 years ago, Ma quoted in his statement a classical book titled “Voyage with a Tail Wind,” which was published in 1403. In the book, the "Diaoyu Islet" and "Chiwei Islet” have already been recorded by Hu Zongxian, who was the Zhejiang governor in the Ming Dynasty.

“Under historical fact, there is no proven ground that the Diaoyutai Islands belong to Japan,” Ma explained, reiterating that the islands are closest from Keelung with 102 nautical miles as opposed to Japan’s Okinawa with 230 nautical miles.

The president also quoted a communiqué in which the Japanese governor declared the Diaoyutai Islands as belonging to the Taihoku Prefecture in 1920, now known as Taipei City.