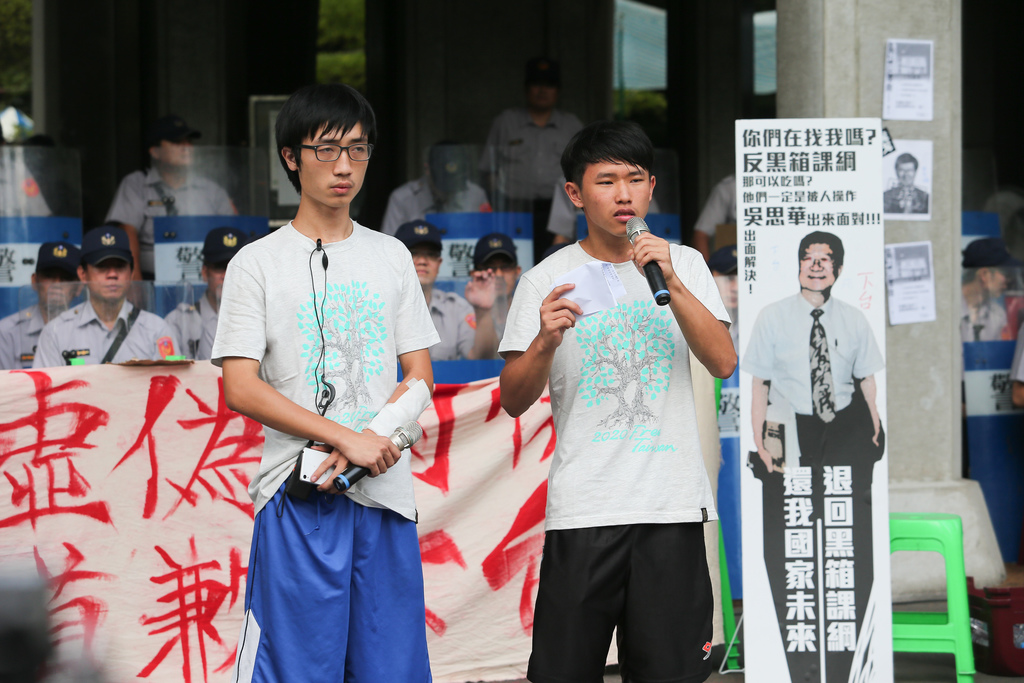 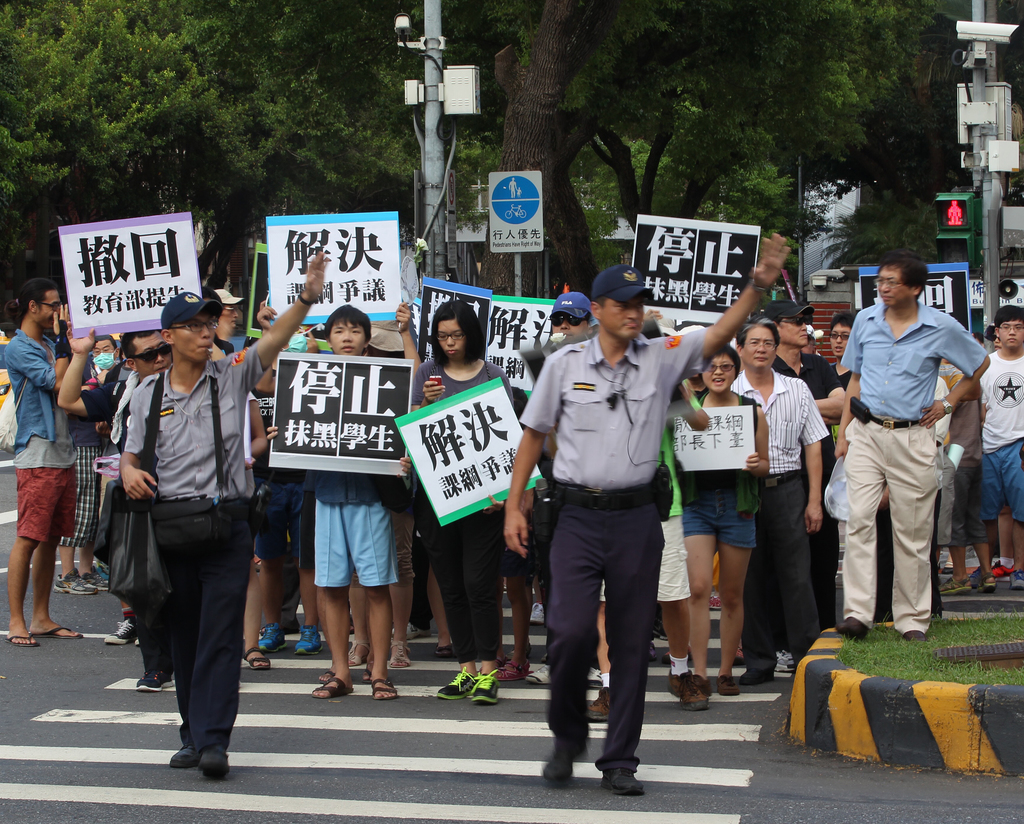 Together the protesters chanted the withdrawal of a revised curriculum they say aims to promote Beijing's 'One China' policy, reports said.

Over 500 disgruntled students and civic members took to the streets of Taipei, starting from the MOE at 4 p.m. all the way to the Legislative Yuan in Zhongshan South Road, and then back to the education ministry via Qingdao East Road. Together they plan to do three to four lapses for about an hour before ending their manifestation at around 6 p.m.

Over the past few weeks, young activists have taken to the streets en masse, struggling with police and forcing their approach into the education ministry, in protest against the government’s pro-Beijing stance.

On Saturday, the student protestors urged Education Minister Wu Se-hua to step down and withdraw the so-called “black box” curriculum changes, but instead they were met with Wu’s reluctance to comply with their demands.

According to official statements released by the ministry, Wu has agreed to hold talks with student leaders on Monday in a bid to resolve the curriculum dispute.