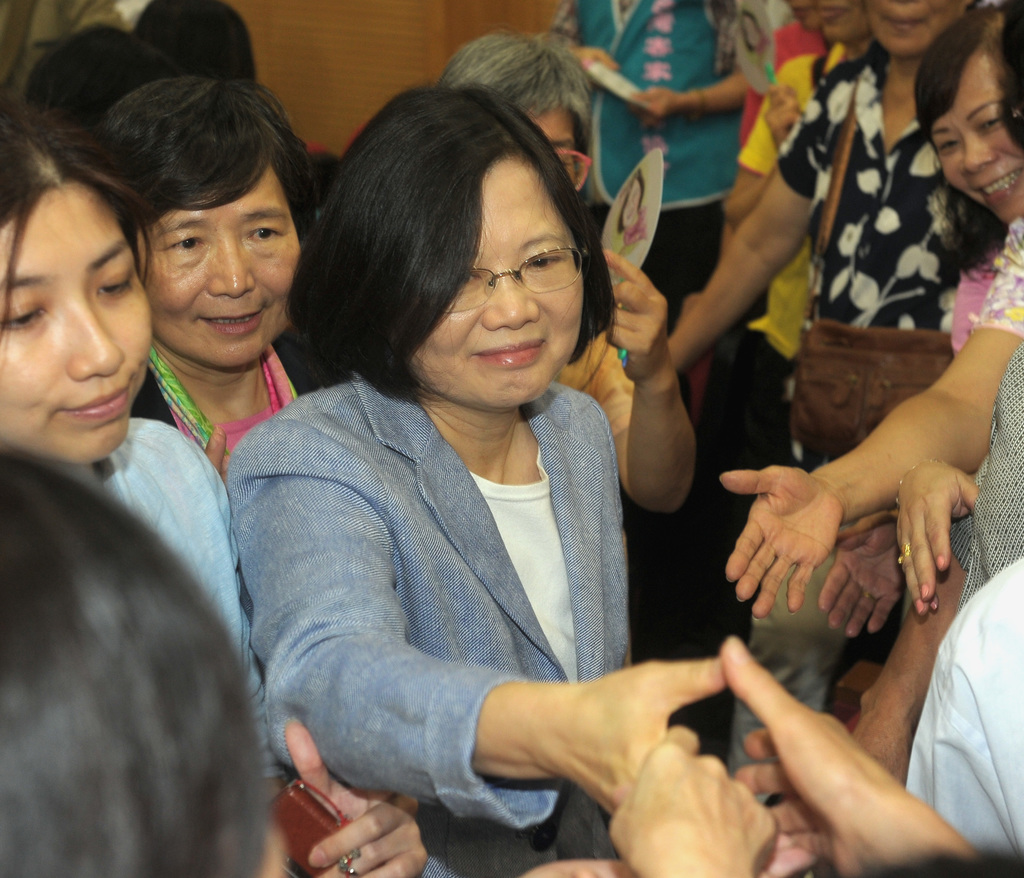 Democratic Progressive Party (DPP) Chairperson Tsai Ing-wen said the best way to end the curriculum dispute would be to take the matter to the Legislative Yuan, allowing legislators from both parties to come up with a solution, reports said Sunday.

Tsai also looks to Kuomintang Chairman Eric Chu for support, hoping that he could bring up a viable option to end the student protest during the special legislative session set for August 4.

On Saturday, Chu reportedly said he wants to see a decent and satisfying ending to the controversy, however there are those within his party mulling over the need to hold a special session.

Tsai said the current situation calls for an immediate halt to the sit-in, and the guarantee that the government will not prosecute the students.

Her comments came on Sunday during an inaugural meeting of the “Female Hakka Supporters Association” in Taipei.

“Whether it’s the president, Legislative Yuan or the Ministry of Education, the right thing to do would be to listen to the student demands and not limit their compromise,” she exclaimed.

Tsai said the special session is needed for both party members to discuss and come up with a viable solution to end the protest.

Asked whether she would be willing to pay the students a visit at the scene of the sit-in, the chairperson said although she cares deeply about them, there are no plans to do so as her presence would be deeply politicized by critics.