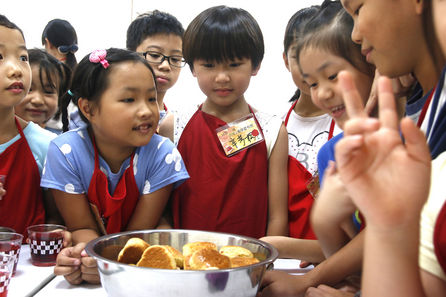 NFT: impact of constipation on growth in children

A study by the Nutrition Foundation of Taiwan (NFT) showed that the impact of constipation on nutritional and growth status is especially evident in children, reports said Wednesday.

NFT’s research gathered information collected from 1,210 families in Taiwan whose children are aged 6 to 12. In its study, it found that children with bowel problems tend to be 3.05 centimeters shorter than those that were free from constipation. Meanwhile, children belonging to the 12 year-old age group have also been found to be 5.72 centimeters shorter on average.

According to NFT Chief Executive Wu Ying-rong, there is at least a subset of children whose appetite and oral intake is negatively affected by constipation, and that resolution of the constipation promotes better appetite and improved growth.

Wu defined constipation as hard stools, difficult defecation, or frequency of defecation less than three times in a week.

From the data collected, the NFT estimated that there are at least 420,000 (or 30 percent) children aged 6 to 12 in Taiwan suffering from constipation.