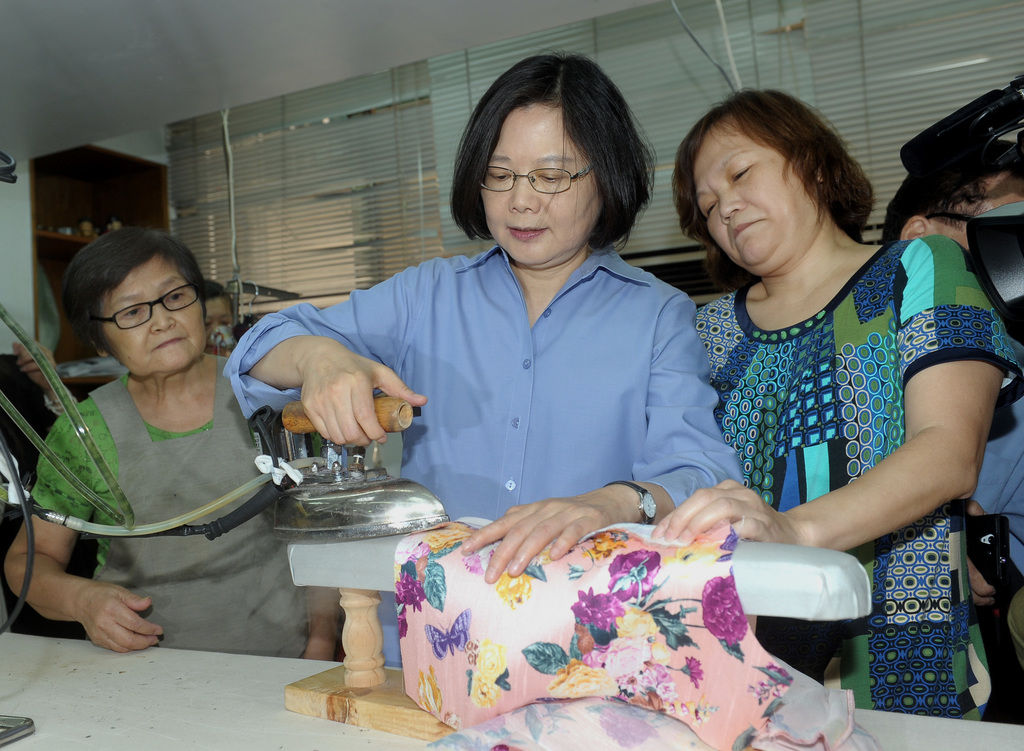 TAIPEI (Taiwan News) – The sovereignty over the Japanese-held Diaoyutai Islands belongs to Taiwan, Democratic Progressive Party Chairwoman Tsai Ing-wen declared Wednesday, contradicting a statement by former President Lee Teng-hui.
During a visit to Japan last week, the former head of state repeated his assertion that the islands, which China and Taiwan also lay claim to, belonged to Japan. Lee, who grew up when Taiwan was still a Japanese colony, was immediately assailed by critics on the island. Members of the Kuomintang and the New Party proposed that his payments as a retired Taiwanese president should be cut because his remarks could amount to treason.
Critics also pounded the DPP for remaining silent on the issue. While Lee led the KMT until its defeat in the 2000 presidential election, he later turned into a forceful supporter of Taiwan-centric issues close to the heart of the DPP.
On Wednesday, Tsai, who is running for president in the January 16 election, said that the DPP stance was clear, that Taiwan held sovereignty over both the Diaoyutai and over disputed islands in the South China Sea.
Reporters asked her whether the incident with Lee and her party’s views would cause problems for an eventual visit to Japan and a meeting with its prime minister, Shinzo Abe. Lee reportedly had a meeting with the Japanese head of government, though official reports were scarce because of fear for protests from China.
Tsai responded that she might not travel to Japan. International visits had been discussed within the party, but no conclusions had yet been reached, she said. Earlier this year, she toured the United States in what was generally seen as a success, meeting government officials, senior politicians and top academics.
Tsai also lashed out at the KMT for suggesting the DPP would abandon sovereignty claims in the South China Sea if she came to power next year. The accusations were totally groundless and beneath the dignity of a democratic election campaign, she reportedly said.