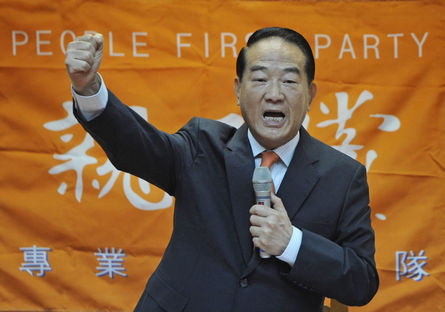 PFP: Soong to announce his decision on August 6

People First Party Chairman James Soong will announce publicly on August 6 whether he will run for president after paying tribute to the third anniversary of his late wife, Chen Wan-shui, according to PFP Deputy Secretary-General Liu Wen-hsiung on Wednesday.

The Liberty Times cited an anonymous source last week alleging that Wang and Soong have been conversing “on a hotline” about potential collaboration, with the legislative speaker as the presidential candidate and Soong as his running mate.

When asked by the local media if the chairman plans to announce his candidacy on August 6, Liu said he has no idea what Soong plans to do, and that the decision is up to him.

“All I can only say is that Soong should have more faith in running after all the encouragement and supports he is getting,” he said.

Regarding if Soong’s joining would impact Kuomintang’s votes in the January election, Liu said he understands that there are people within the KMT who still hold a grudge against Soong, and they will do anything to smear Soong of his name.

Liu again reiterated that Soong’s announcement on August 6 is not a confirmation that he will be running.