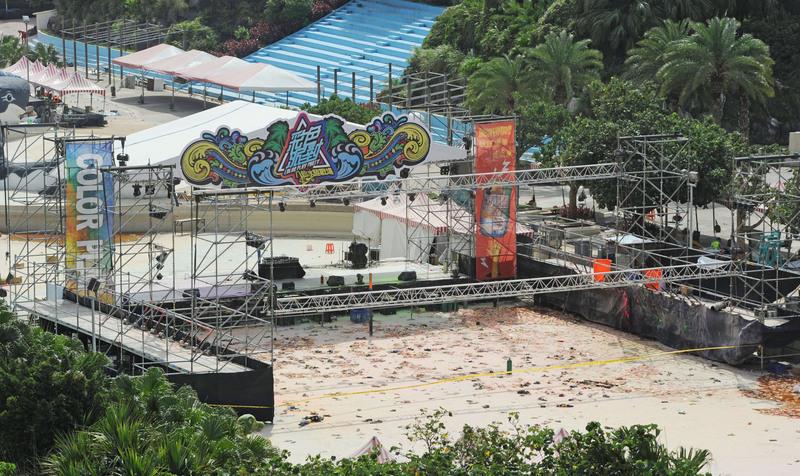 New Taipei City Mayor Eric Chu pointed out that those breaking the rules will be punished to the full extent of the law, reports said Wednesday.

Chu was responding to allegations in a recent report published by the Next Magazine that several officials within his government had previously received bribes from operators of the Formosa Fun Coast water park.

The bribes, consisting of a booklet of admission tickets worth NT$3,000, were shelled out to officials after they were able to show leniency during park safety inspections.

The mayor said the probe has been passed on to relevant departments, including the city’s Department of Government Ethics.

“Although our priority right now is to take care of the water park blast victims, we will nevertheless pursue and punish those breaking the law,” he said.

There is no gray area in between, what’s wrong is wrong, he added.

However, New Taipei City Government spokesman Lin Chieh-yu urged the local media not to mingle the bribery scandal with the blast incident, as they are two separate cases.

“The June 27 incident is an issue between the activity organizer and park company. What happened during the safety inspection 10 days prior has nothing to do with the blast,” he exclaimed.

When asked by the local media if the alleged bribery can be constituted as corruption within the civil service, Chu said the case has been transferred to the board of ethics for further review.