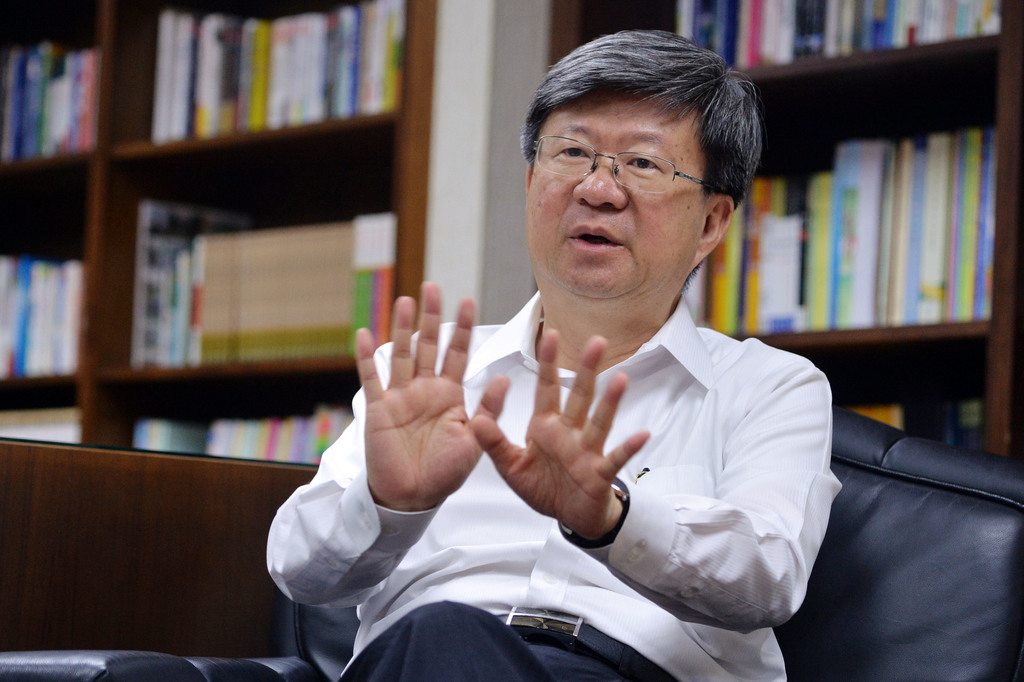 TAIPEI (Taiwan News) – Education Minister Wu Se-hwa said Tuesday that if the students who occupied his ministry apologized, he might express goodwill.
The statement was seen as a possibility that he could drop plans to take legal action against the protesters who intruded into the Ministry of Education on July 23. A total of 33 people, including three reporters, were detained by police after the protesters entered the building during a protest against plans for changes to the high-school curriculum guidelines. The protesters accused the ministry of making changes that favored China and its ideology without consulting the students.
The action of the protesters who entered the ministry late at night was completely illegal and extreme, so that’s why it had decided to take painful legal action, Wu said Tuesday.
If the protesters wanted to admit that they were wrong and their intrusion was illegal, the ministry was willing to show goodwill and to help give the students a second chance, Wu said.
When the intrusion happened late on July 23, MOE officials did not know the identity of the intruders, so they called in the police to settle the case, Wu told reporters.
The decision to press charges against the students and the detention of three journalists both provoked calls for leniency and accusations that police had exceeded their powers. The opposition Democratic Progressive Party called on the MOE to drop its plans for legal action.
Schools would have to open a dialogue with those pupils who had participated in the protests, but they should not discipline them, Wu said.
The protesters needed to acknowledge that their actions were exaggerated, and that the MOE could not accept forceful entry into its premises. However, if they admitted such, the ministry would be willing to show goodwill, according to Wu. He also did not exclude the possibility of meeting the students to exchange views.
One of the protesters’ key objections to the curriculum changes was that they had been worked out behind closed doors, without giving them the right to air their views.