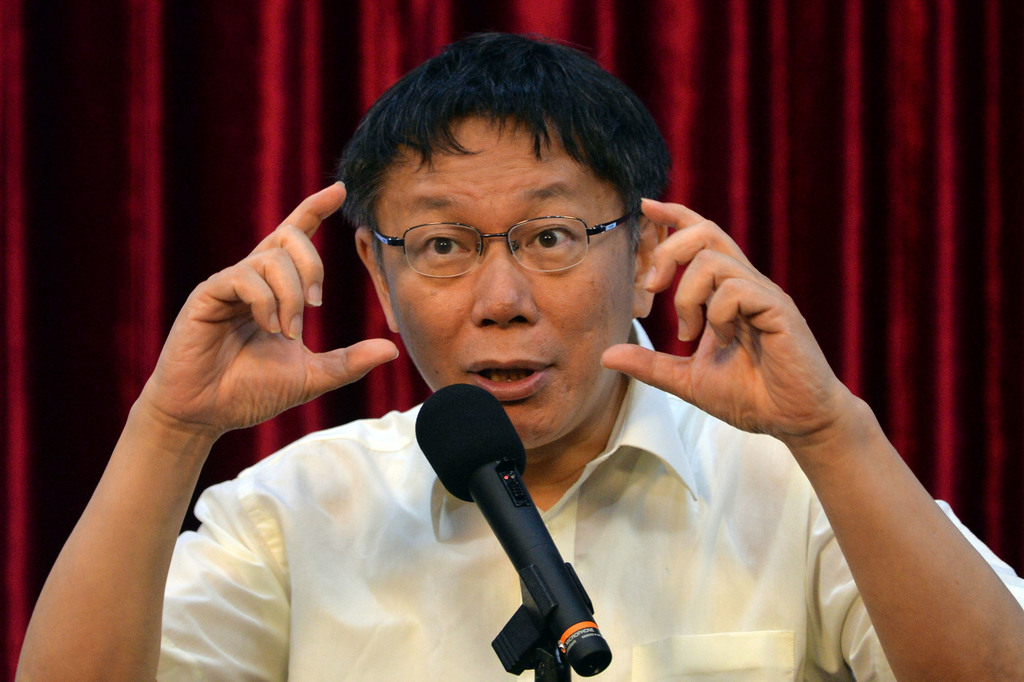 TAIPEI (Taiwan News) – Taipei City Mayor Ko Wen-je appeared at the Taipei District Prosecutors Office Tuesday to face questions about alleged corruption surrounding the MG149 bank account in the case brought by Kuomintang legislator Lo Shu-lei.
During last year’s election campaign, the KMT camp accused Ko of having set up the account during his time at the National Taiwan University Hospital to facilitate money laundering and other corrupt practices. The then-independent mayoral candidate said the aim of the account was to finance medical research and work by new graduates.
Lo, appearing at the prosecutors’ office Tuesday morning, said the session would give Ko a chance to show remorse. The mayor responded with a Buddhist phrase which could be translated as “My Buddha is compassionate,” reports said.
Before he was due to visit prosecutors in the afternoon, Ko said that even though he had his thinking about Taiwan’s judiciary, he would appear in person to explain the situation. The mayor said he hoped that Taiwan could have a fair, independent and trustworthy judicial system, but it would still take some joint effort.
While Ko was summoned as a defendant, the account’s manager, Liu Ju-yi, and his present mayoral office manager, Tsai Pi-ju, who also served at the NTU Hospital at the time, were both asked to appear as witnesses, reports said.
The questioning lasted two hours, with all three present together during the first hour, reports said. Attorney Wellington Koo said the mayor would have no problem because the design of the account had been completely open and transparent. He answered all the questions quickly and as he should, the lawyer said, hinting that it was clear there had been no corruption or other misuse of the MG149 funds.
Prosecutors already read all relevant documents before Tuesday’s session, including the rules for the MG149 account, which Ko revised up to 26 times, reports said. Donations into the accounts over the past ten years and Liu’s computer had also been investigated.
According to the conclusions of the research, the account included funds from various sources, including businesses and individuals, the National Science Council, the Ministry of Health and Welfare and the NTU Hospital itself, reports said.
Lo said Tuesday morning that if such practices were legal, the police could for example set up a similar account to take money from illegal businesses, or government departments in charge of urban planning and construction projects could receive funds from construction companies in similar accounts.