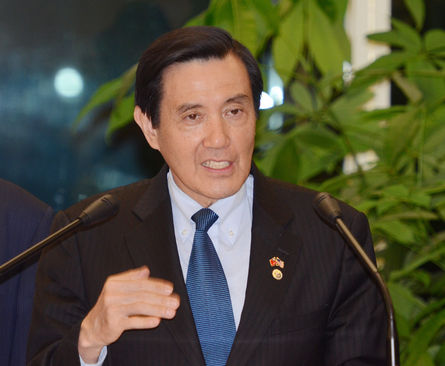 “We have to be well-prepared to defend against China’s aggression,” Ma told the BBC during an exclusive interview at the presidential office on Monday.

When asked by the BBC if Ma was uncomfortable with the idea of China’s simulated attack on the Presidential Office, he said although he is displeased over the exercise, both sides have always carried out drills simulating the other side as foes.

"The primary objective is to reduce the risk of a conflict. However, we have to be well-prepared for any potential conflicts across the strait.”

Asked if China’s increasing military budget will pose a serious threat to Taiwan, Ma told the foreign press that it is difficult to keep pace as their spending increase averages almost 20 percent annually.

"Since 2005 the military balance across the strait has been tilting in favor of China. It would be difficult for us to engage in an arms race with them,” he added.

The president said The Han Kuang Exercise is the annual military drill of the island’s armed forces aimed at improving combat readiness in the event of an attack from the People's Liberation Army.

Ma however refused to disclose on a question by the BBC regarding the details of exercises the military will stage later this year, reports said.