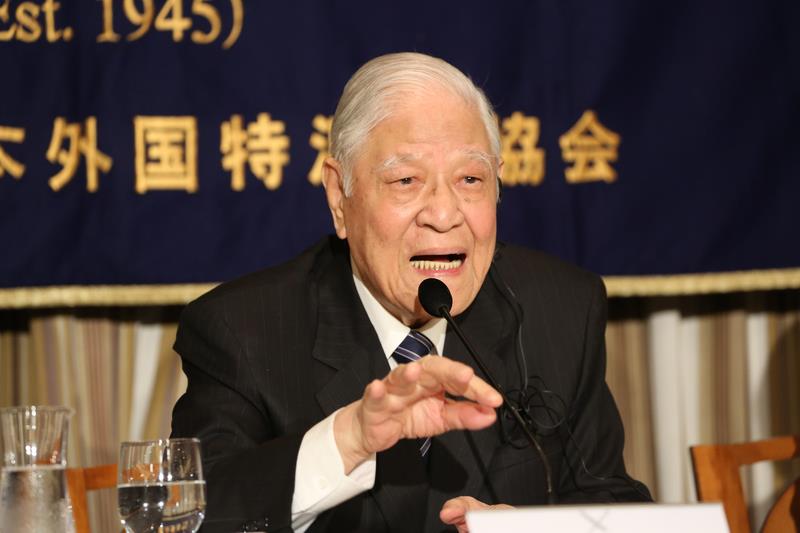 KMT Legislator Lai Shyh-bao disclosed Monday that the party’s legislators will seek the possibility to revise the constitution regarding immunity granted to former heads-of-state.

His comments came after former president Lee Teng-hui stated during a recent trip to Japan that the disputed Diaoyutai Islands, known as the Senkakus in Japan, belong solely to Japan.

Lee reiterated his position on the issue when answering questions at a meeting at the Foreign Correspondents’ Club of Japan in Tokyo last week.

Lai said Lee should be sued for “humiliating” the nation and “forfeited its sovereignty,” adding the former head should be stripped of his NT$10 million severance benefits that he receives each year.

Perry Shen, director-general of the Department of Treaty and Legal Affairs at the Ministry of Foreign Affairs (MOFA), reiterated during a press conference Monday that the Republic of China’s sovereignty over the Diaoyutai Islands cannot be disputed.

“Lee should claim severance from Japan and not from our taxpayers,” Lai said.

“Tsai cannot stay silent forever. It would put her in a position where voters would doubt whether she would sell out Taiwan like Lee did should she be elected,” Wu said.

Wu also called for the Taiwan Solidarity Union (TSU) to make a stance on Monday, urging voters not to vote for them if the TSU failed to condemn Lee over the matter.