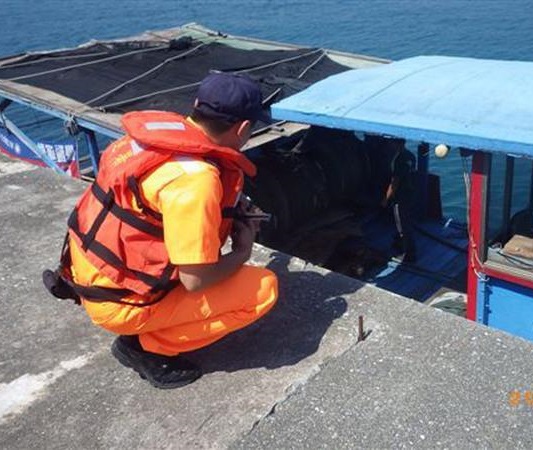 The Hualien County-registered fishing vessel Rong Shen reportedly reeled in what it appeared to be unexploded ordnance after setting out to sea early Sunday morning in eastern Taiwan.

The crew onboard the ship landed a catch consisting of three rusted shells capable of blowing a hole in a combat ship, reports said.

The fishing vessel immediately put out an SOS call and a coast guard team was sent to assist them.

According to the Eastern Coastal Patrol Office, the emergency call was picked up from Rong Shen at around 7 a.m., who was then 1.7 nautical miles off the coast from Hualien.

The three bombs appeared to be 81mm shells from a M252 mortar, officials said, adding that the Army’s bomb squad was then called in to defuse the unexploded shells.

Yu Shu-huai, deputy chief of Hualien County’s Coastal Patrol Corps 83, said an investigation will be carried out by the Army’s Bomb Disposal Unit.