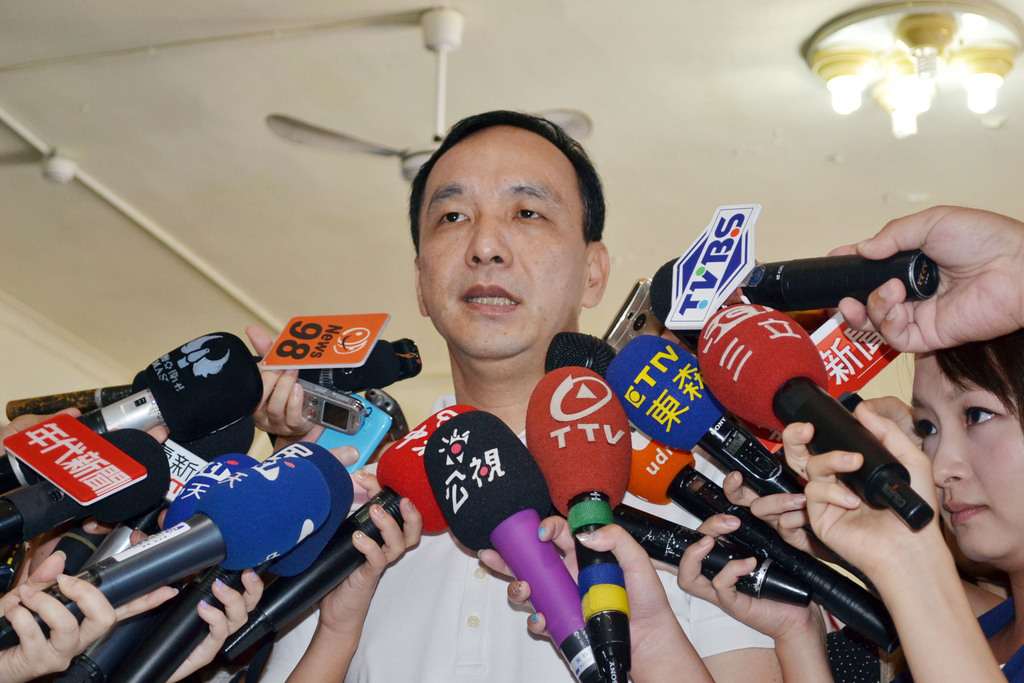 TAIPEI (Taiwan News) – Kuomintang Chairman Eric Liluan Chu denied he wanted to hold a high-profile summit with People First Party Chairman James Soong, while Legislative Speaker Wang Jin-pyng rejected talk of a presidential bid with Soong as the two had not spoken for over a year, reports said Saturday.
Since a KMT congress on July 19 approved the choice of Legislative Vice Speaker Hung Hsiu-chu as its candidate in the January 16 presidential election, speculation has been mounting about the PFP leader’s intentions.
While Democratic Progressive Party leader Tsai Ing-wen is still leading most opinion polls, the same surveys have been divided as to whether Soong or Hung would finish second.
Chu would reportedly try to persuade Soong not to divide the so-called “pan-blue” vote, because his candidacy would make Tsai’s task even easier, reports said.
After Soong reportedly requested that any meeting with the KMT chairman should be open and transparent, Chu said Saturday that there was no need for a formal summit of the two party leaders. He said he would continue with his private efforts at contacting Soong, which had occurred frequently in the past. The KMT leader expressed respect for his PFP counterpart.
In a closed environment, it would be possible to discuss many issues and to solve many problems, Chu was quoted as saying.
When the DPP first won a presidential election, in 2000, Soong was widely blamed for launching an independent presidential bid and thus splitting the KMT vote, allowing the opposition to win. Some observers have drawn comparisons between the situations then and now, even though polls show Tsai would win even if only Soong or Hung ran against her.
Wang on Saturday countered reports that he was preparing a presidential challenge with Soong as his running mate. There had been no frequent contacts with the PFP leader recently, Wang said, adding that he had not spoken to Soong for over a year.
The legislative speaker has been seen as the major critic of Hung’s nomination, with many of the lawmakers backing him being seen as reluctant to endorse the official KMT presidential candidate.
There have been repeated rumors that several lawmakers supportive of Wang might be considering leaving the KMT altogether.