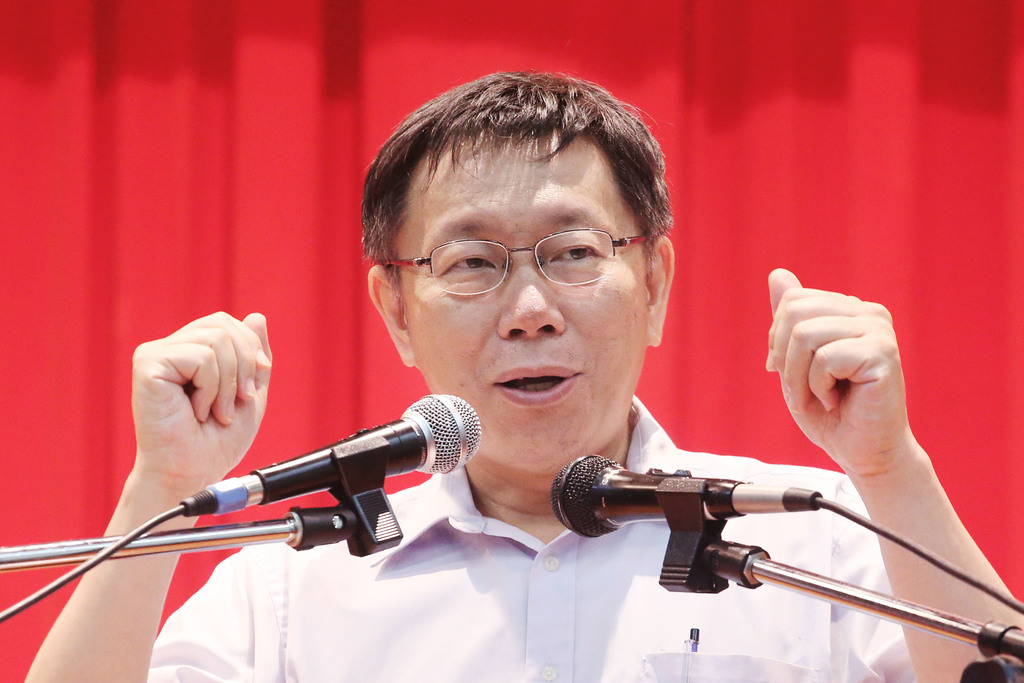 Ko will not discipline police officer

TAIPEI (Taiwan News) – Taipei City Mayor Ko Wen-je said Saturday he would not take disciplinary action against precinct police chief Chang Chi-wen over the arrest of 33 students and journalists protesting at the Ministry of Education.
The detention of the protesters inside the building, and especially of three reporters who said they were just doing their work, has provoked concern about excessive police action and freedom of the press.
Despite criticism of the police, Ko said it would not be right to punish Chang, the chief of the Zhongzheng First Precinct who acknowledged he gave the orders for the arrests early Friday morning.
The mayor said he was being consequent by not putting the blame on the lower ranks. The sudden intrusion by protesters into the ministry was an unexpected incident, so there was no set of standard operating procedures ready to know how to deal with the situation, Ko said. He promised he would sit down with representatives of the city police and of the National Police Agency, which resorts under the central government’s Ministry of Interior, to discuss how to respond to such incidents in the future.
The 33 people detained were freed on bail Friday, though the three journalists included refused to pay bail because they said they were innocent. They said they had only been doing their job, reporting on the intrusion by students. As a result, they were freed without bail.
The Ministry of Education said it would decide later on whether or not to take legal action against the reporters, though it was almost certain to do so against the students. The opposition Democratic Progressive Party demanded the ministry give up its intentions, while Kuomintang lawmakers expressed support for Minister Wu Se-hwa.
The students were protesting about allegedly pro-China changes in the high-school curriculum guidelines. The existing curriculum should be maintained, the DPP said.