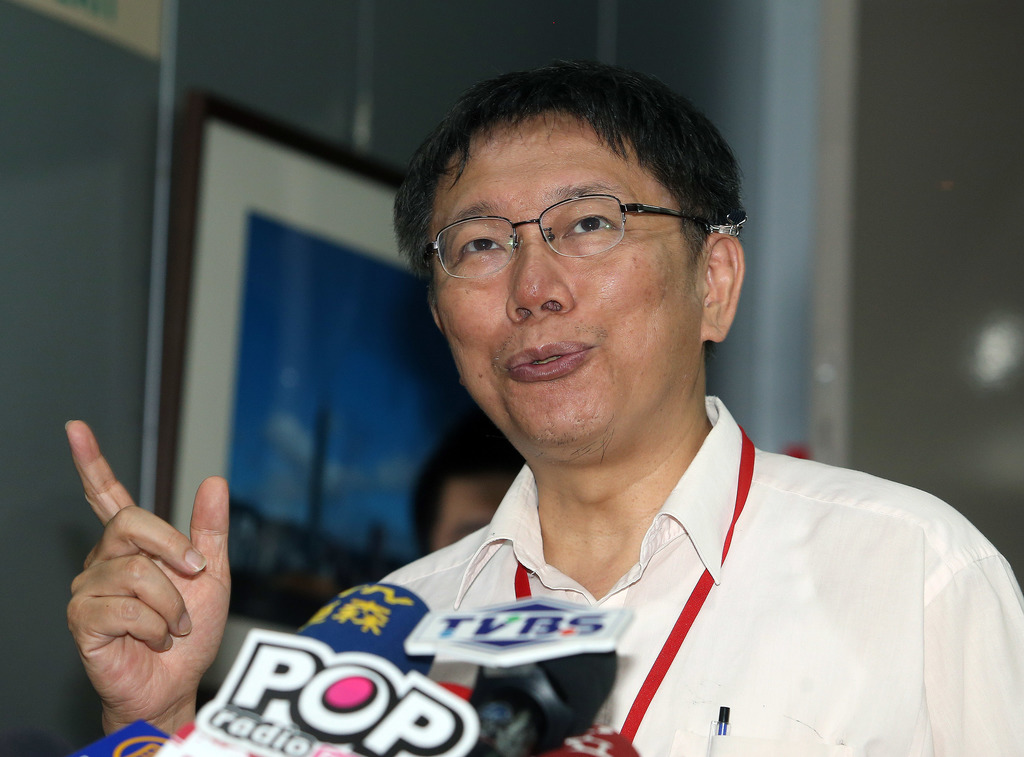 TAIPEI (Taiwan News) – Taipei City Mayor Ko Wen-je said Friday that police had not followed standard operating procedures when arresting three reporters at a student protest against the Ministry of Education.
A total of 33 people, including 11 students, had been arrested after protesters against changes in high-school curriculum guidelines entered the Ministry of Education building Thursday evening.
Even though the three journalists had identified themselves and told police they were covering the protest, they were still taken away by officers as defendants for unauthorized entering of the MOE, provoking a dispute about their rights.
Ko said the city’s police chief had told him his officers had not followed standard operating procedures, but the MOE had called them in to respond to a situation and they had arrested people caught in the act. Police had handed over the arrested protesters and the journalists to prosecutors, who would have to shoulder responsibility for further developments.
Ko said that since prosecutors took over supervision over the procedures, police were acting under their orders. Prosecutors would also have to investigate whether police officers had exceeded their powers, the mayor reportedly said.
He also said that in future, standard operating procedures should be drawn up to specify when the police chief should inform the mayor about a situation, and how responsibilities should be divided between the city government and the National Police Agency under the central government’s Ministry of Interior. Ko said he had not been immediately informed Thursday evening about the situation at the MOE.
Police should also have a contact person for the media present at protests, where he should be clearly identified by his jacket, the mayor said.
One of the reporters worked for the Chinese-language Liberty Times, one for a website and the third was an independent writer.