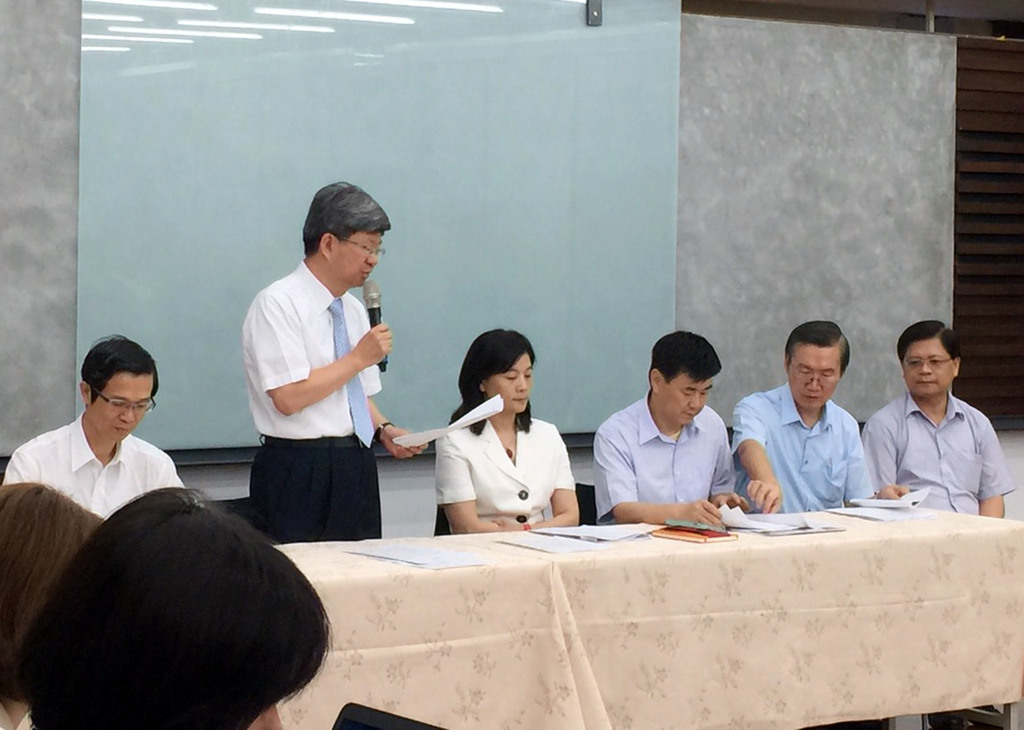 TAIPEI (Taiwan News) – Education Minister Wu Se-hwa said Friday he would sue the students who tried to occupy the ministry overnight in a protest against high-school curriculum guidelines.
A total of 33 protesters, including three reporters and 18 people who entered the ministry building, were arrested during the early hours Friday. A total of 11 were students and 22 were adults, reports said.
At a news conference Friday morning, Wu condemned the illegal behavior of the protesters and said they would be sued according to the law. A police investigation would determine whether the protesters had damaged public property when breaking into the ministry.
Wu described respect for the rule of law as one of the basic elements of democracy and as one of the central values in education. Irrational behavior could not be tolerated, so the Ministry of Education had no other way but to take legal action, according to the minister.
Wu accused the protesters, most of who voiced opposition against the curriculum guidelines because they emphasized China, of being manipulated by a small group of politicians who had pushed them to the frontline.
The protests against the high-school changes have been simmering for a while, with students holding sit-ins, marches and protests outside the ministry building. Thursday night’s intrusion happened during a planned overnight sit-in or siege of the ministry.
As to the content of the curriculum changes, Wu said he was still prepared to discuss the issue with student representatives on a regular basis. Teachers and students could participate together in the writing of history books for high schools, officials said, blaming the current impasse on widely diverging views of history.
Tolerance and understanding were necessary to come to a study program which was inclusive and contained respect for all views, officials said.
During the afternoon, four legislators of the opposition Democratic Progressive Party went to visit the minister to ask for leniency for the students and for the ministry to drop its plans for legal action against them, reports said.