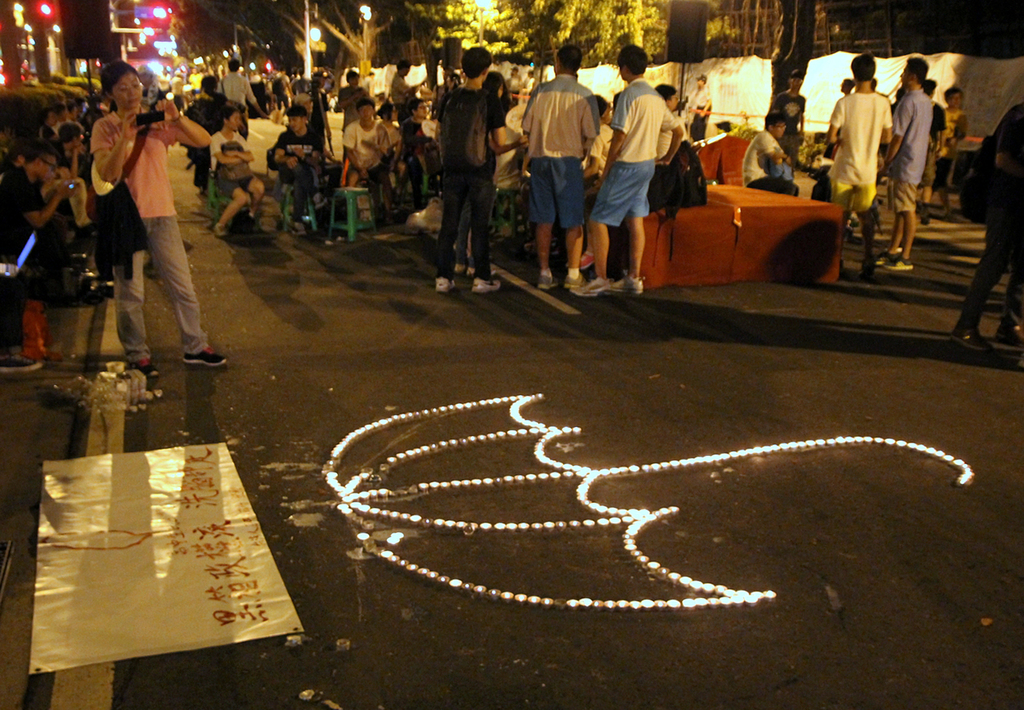 Three hundred high school students “occupy” the Ministry of Education and demand the government to withdraw its “brainwashing” black box curriculum and be transparent with the procedure.

Sixty-six of them spent the night on the street and they will continue their manifestation if the ministry continues to ignore the students. The Northern District High School Alliance said despite their efforts over the months, trying to communicate with the Ministry of Education through various ways, the minister only replied, “You don’t win just because you are loud.”

The demonstration began at 3pm on July 22, many university professors, high school teachers, university students and parents showed their supports at the spot. “The youngsters are our pride but they also represent the misfortune of Taiwan’s politics,” expressed Wu Fu-bing, the chairman of National Parents Alliance, who represents various groups of parents that are against the altered curriculum.

The Minister of Education, who returned from France the same day, did not go to the demonstration; neither did the government officials in the department of Ministry of Education.

“Even if we can only light up a single place, the light still exists despite the overbearing darkness!” The students light up their candles around 8:30pm to show the government officials their passion and determination to the righteousness of education.

Wu Cheng-shian, the deputy director-general of K-12 Education Administration, said the Ministry of Education is very willing to communicate with the students. They will hold 4 seminars at assorted high schools across Taiwan on July 23.