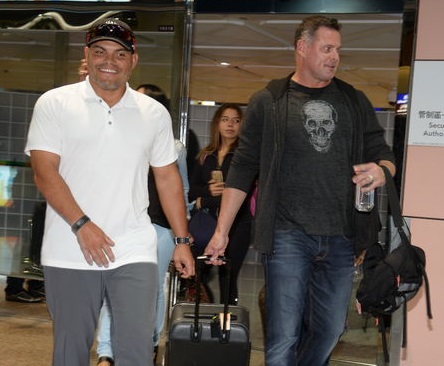 The former professionals landed in Taiwan late night Wednesday from Los Angeles in preparation for Taiwan’s All-Star Weekend, where both have been invited to take part in Sunday’s Home Run Derby.

According to the Leofoo park staff, the two stars will arrive at around 2 p.m. to meet baseball players from the Dongshan Elementary School in Chunghwa and Hsinchu’s Guangxi little leaguers.

The event will include autograph signing and photo taking with the superstars, whom will also give out free baseballs to their little fans.

The two retired MLB legends have also been chosen as VIP guests to toss the ceremonial first pitch for Saturday’s CPBL All-Star Game, which is to feature top-flight baseball players divided into “Team Power” versus “Team Speed.”

The participation of the two former professional players would make this year’s All-Star Weekend in Taichung a memorable one for the nation’s baseball fans, CPBL officials said.