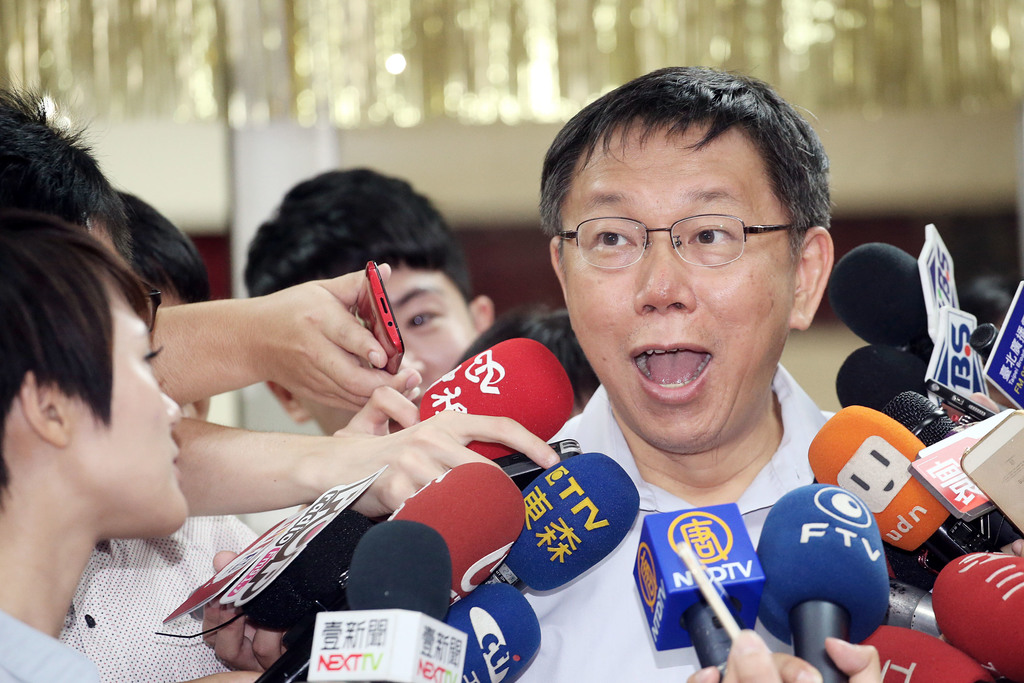 Peggy Chen, Taipei Mayor Ko Wen-je’s wife, wrote on her Facebook that her husband received a notice from the court because Ko is accused of corruption on July 21.

Taipei District Prosecutors Office confirmed that Ko will be summoned to court because of the MG149 controversy. The MG149 controversy exploded during 2014 Mayor election when Chinese Nationalist Party (KMT) Legislator Lo Shu-lei accused Ko of corruption, tax evasion and money laundering through his use of the shared account set up for the hospital’s Surgical Intensive Care Unit team while he headed the unit. However, Ko has unveiled all his campaign finances, income, property records, SICU accounting record, and previous tax records to contribute to transparency.

When the press asked Ko about the court notice on July 22, Ko was expressed there’s nothing he could do about it. “It appears the accusation has exacerbated,” “I don’t want to say but they are forcing me to run for presidential election!” said Ko jokingly.