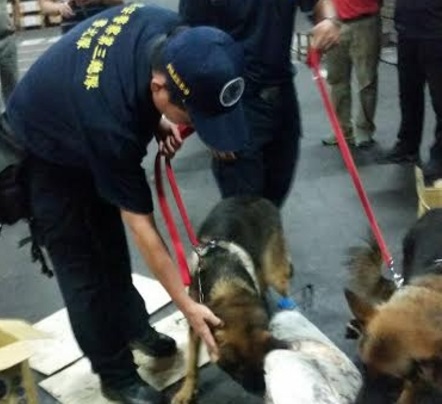 The 1.4-billion yen worth of drugs smuggled using two containers were the largest seizure ever recorded, according to the Ministry of Justice’s (MOJ) Bureau of Investigation.

The bureau said it received tips from the Kaohsiung Harbor Police Department that two suspicious containers carrying frozen tunas had drugs stuffed in them, which had been loaded onto a cargo ship docked at Pier 63.

The smuggler was found to be a seafood company based in the Pingtung area.

Meanwhile, agents leading the investigation said the tunas with blue ribbons attached to their fins were those that had the stuffed drugs.

The shipment was bound for Shizuoka Prefecture in Japan, according to officials.

Due to the speedy custom procedures on frozen seafood shared between Taiwan and Japan, crime rings have used this method to their advantage when smuggling drugs, authorities said.