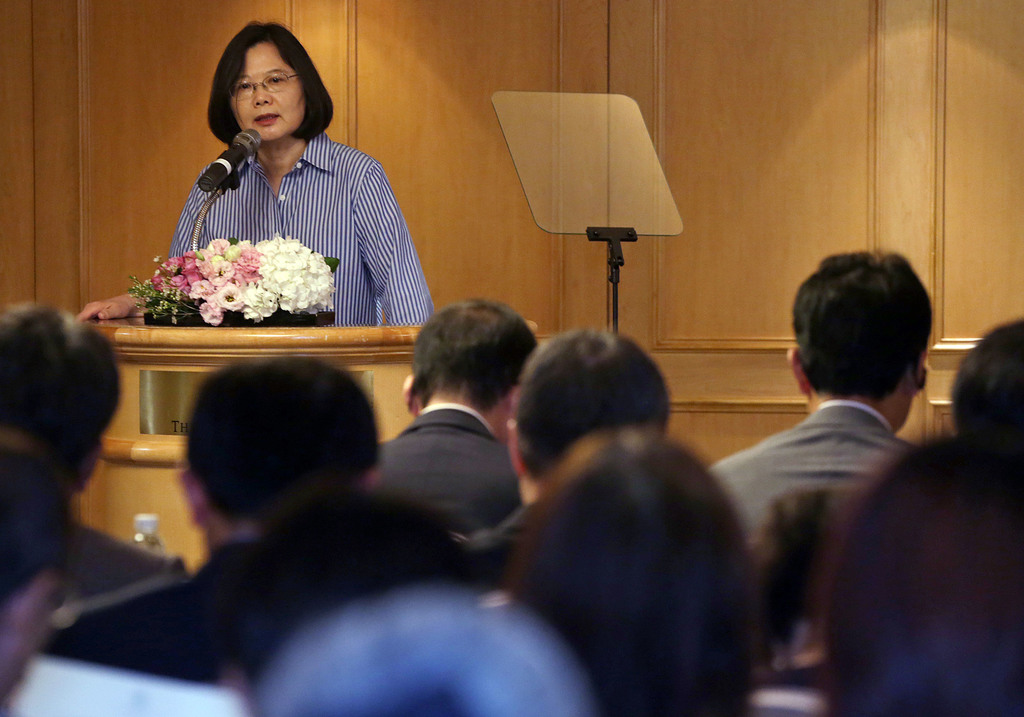 DPP: no plans to work with KMT members

Cheng cited as saying the DPP would not form strategic partnerships with the KMT nor its party members.

The topic of Wang’s future came into play after Hung was nominated as next year’s presidential candidate during the national party congress on Sunday, an announcement which led observers to believe that Tsai would be willing to work with the legislative speaker after he leaves his job at the Legislative Yuan.

Wang's second consecutive term as a legislator-at-large for the KMT will end next year, and the internal regulations as they stand now prevent the KMT from nominating him again for an at-large legislative seat in the January elections.

Cheng told reporters during a press conference in Taipei that Wang is currently a Nationalist party member, therefore there are no plans for the DPP to approach either him or other KMT members in this regard.

In terms of Wang’s future role as legislative chair, the spokesperson said without further commenting that it’s up to the KMT to decide his fate.

“Regardless of who goes up against Tsai next year, the DPP’s primary focus would be to listen to the voices of the people, and come up with solutions to improve their livelihood,” he said.

Cheng was responding to questions about the party’s plan to tackle the country’s stagnant economy, skyrocketing real estate prices, and rising unemployment rates.

He also pointed out that Tsai has proposed her economic reform publicly on numerous occasions, and that it would on the DPP’s utmost agenda if the chairperson is elected as president next year.