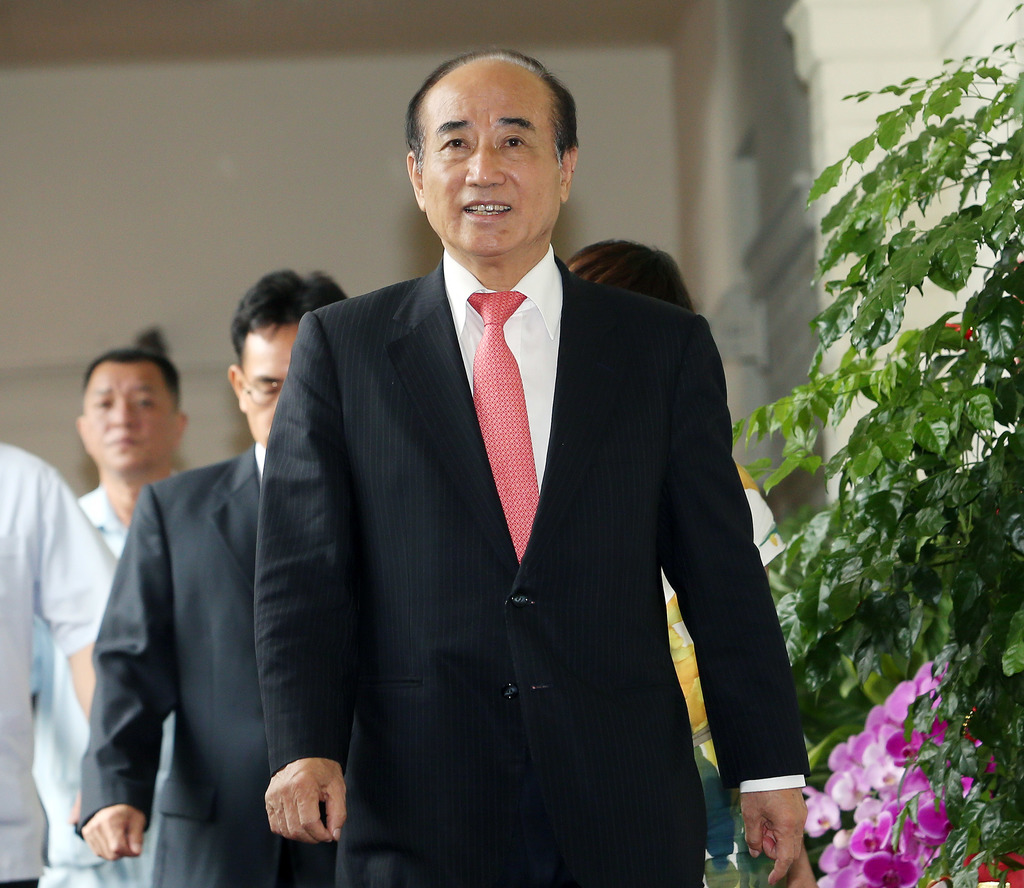 TAIPEI (Taiwan News) – Legislative Speaker Wang Jin-pyng on Friday confirmed that he would definitely not serve as the chairman of Kuomintang presidential contender Hung Hsiu-chu’s campaign, though he said he had suggested a list of likely choices.
A KMT congress is expected to confirm Hung’s nomination for the January 16 presidential election this coming Sunday, but Wang has repeatedly been mentioned as her major opponent within the party.
Hung, who serves as Wang’s deputy at the Legislative Yuan, reportedly visited him Thursday evening. Hung reportedly said that she understood the legislative speaker and vice speaker could not simultaneously focus all of their attention and effort on an election campaign, so she would not mention her invitation to Wang to serve as her campaign chief again.
The speaker said they talked for about an hour, and Hung asked him for a list of suitable candidates for the position of campaign chairman. He said he made several suggestions, and she would contact them one by one.
Wang said he had not discussed presidential election issues with KMT Chairman Eric Liluan Chu.
The legislative speaker it was only natural for him for support the KMT presidential candidate, but issues like going out campaigning for her would have to wait until Hung had appointed top campaign managers and a general structure.
He condemned reports that they had exchanged conditions, with Wang supporting her in return for a promise that party regulations would be changed to allow him to run for an at-large seat in the Legislature again.
Shortly after Hung became the unofficial KMT candidate, she commented that Wang might have to run in a local election district, which was interpreted by commentators as demeaning to the legislative speaker.
Recent opinion polls have shown Hung far behind opposition Democratic Progressive Party Chairwoman Tsai Ing-wen. She could even fall to third place if People First Party leader James Soong joined the race, according to recent surveys.