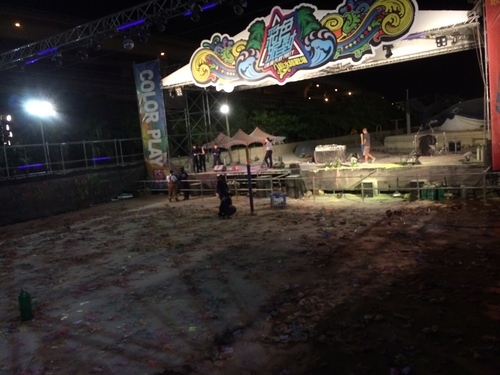 Taipei, July 16 (CNA) The death toll of a fiery explosion at a water park in New Taipei last month rose to 7 Thursday after a 19-year-old college student succumbed to her wounds and complications including sepsis, doctors said.
Lin Chi-yun was taken off life support at Taoyuan General Hospital with the consent of her family, doctors said.
She is the second victim to die in as many days in the wake of the flash fire that occurred on June 27, when cornstarch powder ignited at a party in Formosa Fun Coast water park, leaving nearly 500 people injured.
As of Wednesday morning, 388 of the victims remained hospitalized, with over 250 in intensive care units, 200 of whom were still in critical condition, according to the Ministry of Health and Welfare.