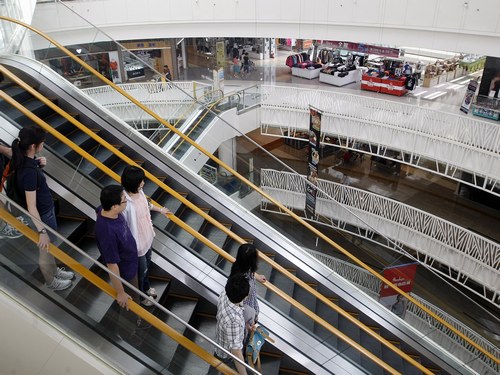 Taipei, July 16 (CNA) The Chung-Hua Institution for Economic Research (CIER, ), one of Taiwan's leading think tanks, said Thursday that it has lowered its forecast for Taiwan's gross domestic product (GDP) growth for 2015 to 3.04 percent.
The updated forecast is 0.52 percentage points lower than the previous estimate of a 3.56 percent increase the think tank made in April.
The downgrade reflected slower-than-expected exports, private consumption, and public and private investments, at a time when the global economy has shown signs of slowing down, affecting worldwide demand, according to the CIER forecast.
The think tank said that Taiwan's exports in merchandise and services are expected to grow 3.88 percent year-on-year in 2015, compared with an earlier estimate of a 6.26 percent increase, while the country's merchandise and services imports could rise 1.69 percent from a year earlier, a downward revision from a previous 5.58 percent forecast.
CIER has also cut Taiwan's fixed investment growth for 2015 to 0.60 percent from an earlier prediction of 4.37 percent, while the country's private investments for 2015 are expected to grow 2.28 percent, a revision from an earlier estimate of a 6.02 percent rise.
The think tank said that the cut in the investment growth forecast reflected uncertainty over global demand so that local exporters have been hesitant to invest.
In terms of private consumption, CIER said that the year-on-year growth forecast has been cut to 2.46 percent from an earlier estimate of a 3.02 percent increase.
CIER said that Taiwan's 2015 consumer price index is expected to fall 0.04 percent from a year earlier compared with an earlier estimate of 0.37 percent growth.
Wang Jiann-chyuan, vice president of CIER, said that despite the slowing export growth for 2015, Taiwan is expected to maintain its GDP growth at 3 percent, while many analysts have raised fears that the local economy will grow at a pace of less than 3 percent.
Wang said that the debt crisis in Greece is expected to be resolved, which will be positive for the global financial markets and the world's economy, while China's economy could stabilize due to a series of stimulus measures, giving another boost to the economic fundamentals worldwide.
The Greek parliament has passed a bailout package in exchange for US$96 billion in relief funds, so that the possibility of an exit from the euro group has been reduced. In China, its GDP grew 7 percent in the second quarter, beating a market estimate of 6.8 percent.
The economist said that as long as international crude oil prices remain low, falling operating costs of local enterprises could help Taiwan's economy grow at 3 percent or higher.
In response to the CIER downgrade, the National Development Council said that with the peak season in the second half of this year, the local electronics sector is expected to see its sales growth momentum picking up, so the government still has faith that the local economy will grow more than 3 percent this year.
However, Chiou Jiunn-rong, an economics professor at National Central University, warned that Chinese exporters in the high-tech sector pose a threat to their Taiwanese counterparts, as China has been cultivating its own supply chain to boost its own competitive edge.