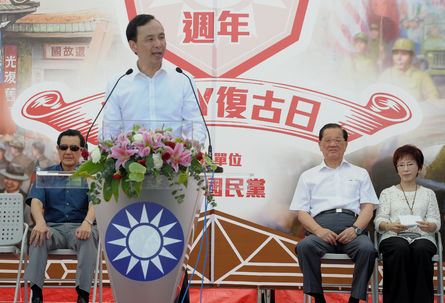 Chu calls for unity and teamwork within KMT

Kuomintang Chairman Eric Chu called for unity and teamwork within the KMT in an effort to compete for majority seats in next year’s legislative elections on January 16, reports said Wednesday.

KMT’s Evaluation and Disciplinary Commission has expelled five members, including a prominent legislator, reportedly for being too critical of the party.

Chu said it is about the right time party members warm up to the upcoming elections, reiterating that to secure a majority stake at the Legislative Yuan next year they must work together to win back voters.

The chairman said he already paid visits to party elders last week, including former chairman Lien Chan, Wu Po-hsiung, Wang Jin-pyng, and among others, and they all concurred with his call for unity.

The move to expel the said party members had to be done in order to maintain integrity of the party, according to Chu.

“We have done everything to bring our hearts and minds together.”

The Nationalist organ has pledged to bring both civic groups and party supporters together for further talks and discussions in a bid to secure majority win next year.

Chu said the party is totally against those that carry the blue banner but then dance to the tunes of the pan-Green party, adding that it was about time to shake things up.