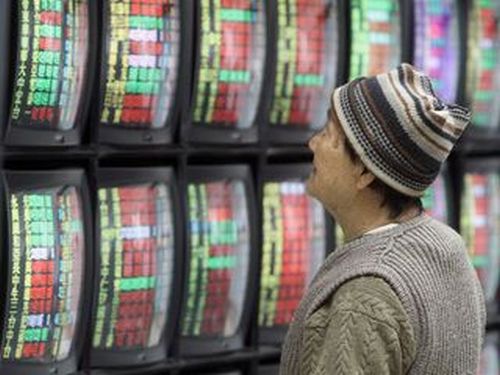 Taipei, July 15 (CNA) Shares in Taiwan closed slightly higher Wednesday on reduced turnover as investors remained cautious ahead of a vote by Greece's parliament on whether to accept a bailout agreement, dealers said.
Many investors also held back during the current earnings reporting season amid fears that electronics companies will report disappointing results for the second quarter, a traditionally slow season in the global high-tech industry, they said.
The weighted index on the Taiwan Stock Exchange closed up 12.44 points, or 0.13 percent, at 9,054.20, after moving between 9,005.10 and 9,089.47, on turnover of NT$82.31 billion (US$2.66 billion).
The market opened up 0.36 percent and rose to the day's high in a knee-jerk reaction to the gains posted on Wall Street overnight due to better-than-expected earnings reported by JP Morgan Chase, dealers said.
But as the index moved closer to the 9,100-point mark, the nearest technical hurdle, selling pressure appeared, in particular in the electronics sector, to drag the broader market into negative territory before last ditch buying pulled the market higher at the close, they said.
"Look at the thin turnover. I think that many investors were reluctant to chase prices now, in particular before the Greek parliament is scheduled to vote on the bailout agreement later in the day," Mega International Investment Services Corp. Alex Huang said.
Greece and its creditors agreed on the US$96 billion bailout package Monday, but the debt-ridden European country will be required to tighten its belt by slashing pensions and privatizing national assets to get the relief loans, triggering an outcry at home.
"It was no surprise that the local equity market remained in consolidation mode today before uncertainty over the Greek crisis is removed. Without higher turnover, a narrow trading range will continue," Huang said.
Huang said selling largely focused on the electronics sector before the world's largest contract chip maker Taiwan Semiconductor Manufacturing Co. (TSMC) and smartphone lens supplier Largan Precision Co. report their second quarter results Thursday.
"Investors are waiting for the real numbers for the second quarter and guidance for the third quarter from the two heavyweights, which is why they were only watching but doing little else," Huang said.
TSMC, the most heavily weighted stock in the local market, closed unchanged at NT$138.50, off an early high of NT$139.50, while Largan fell 2.86 percent to end at NT$3,400.00 but remained the most expensive stock in Taiwan's market. Outperforming the broader market, integrated circuit designer MediaTek Inc. gained 1.63 percent to close at NT$373.00 after going ex-dividend with a reference opening price of NT$367.00, compared with the previous close of NT$389.00.
The financial sector also trended higher to close up 0.65 percent, lending some support to the broader market, Huang said, adding: "The buying reflected hopes that interest rates will go up to strengthen the sector's bottom line."
Among the gaining financial stocks, Fubon Financial Holding Co. rose 1.16 percent to close at NT$60.80, and Cathay Financial Holding Co. added 1.35 percent to end at NT$52.70.