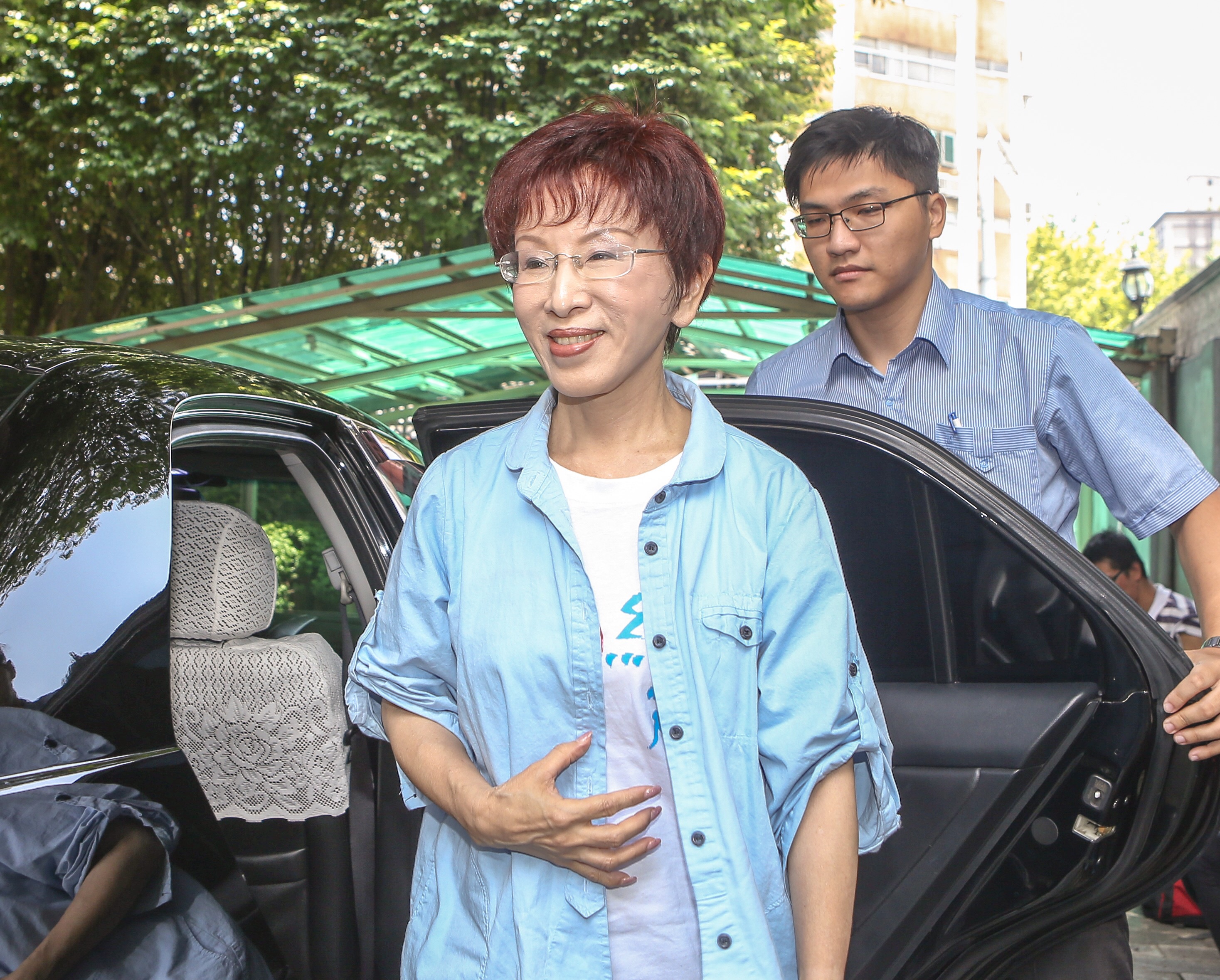 TAIPEI (Taiwan News) – Kuomintang presidential hopeful Hung Hsiu-chu still planned to visit a night market in Kaohsiung City Tuesday evening, despite earlier fears of incidents with opponents.
A KMT congress scheduled for July 19 is expected to ratify her nomination for the January 16 election, but she has been faced with criticism she might find it hard to win votes in Southern Taiwan due to her pro-China stance. The KMT might even lose 2.6 million votes, reports said Tuesday.
After Hung’s complete itinerary for her tour of the southern city’s Ruifeng night market appeared online Tuesday, aides reportedly announced the cancellation of the event, due to concern that opponents might show up and hold an anti-KMT protest. Because she was not an official presidential candidate yet, her police and security escort might not be sufficient to guarantee the event’s safety, reports said. Campaign officials denied that there had been pressure from the Kaohsiung City Government, which is run by the opposition Democratic Progressive Party.
However, an official campaign spokesman later told reporters that there would be no change, and Hung would still visit the Kaohsiung market.
A recent opinion poll put Hung, the deputy speaker of the Legislative Yuan, about 19 percent behind DPP Chairwoman Tsai Ing-wen. An eventual presidential bid by People First Party Chairman James Soong might damage Hung’s support even more, with some polls giving more votes to Soong than to the potential KMT nominee.
The PFP leader is expected to announce his decision about the presidential elections some time after Sunday’s KMT congress.