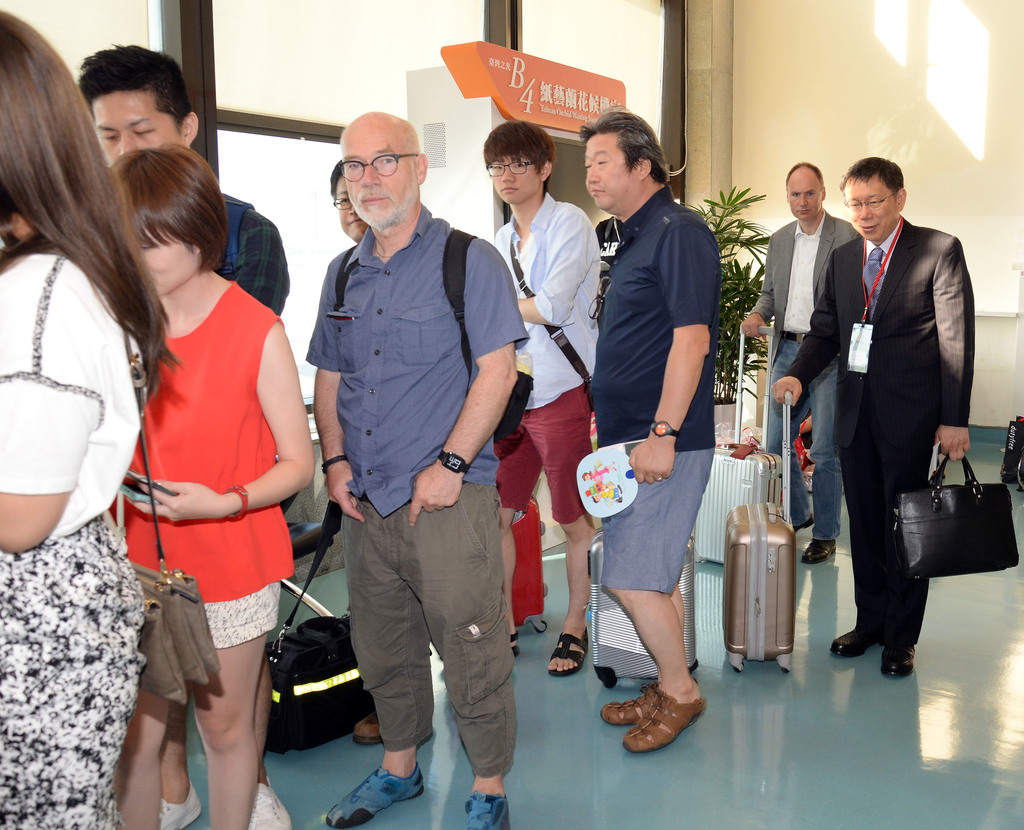 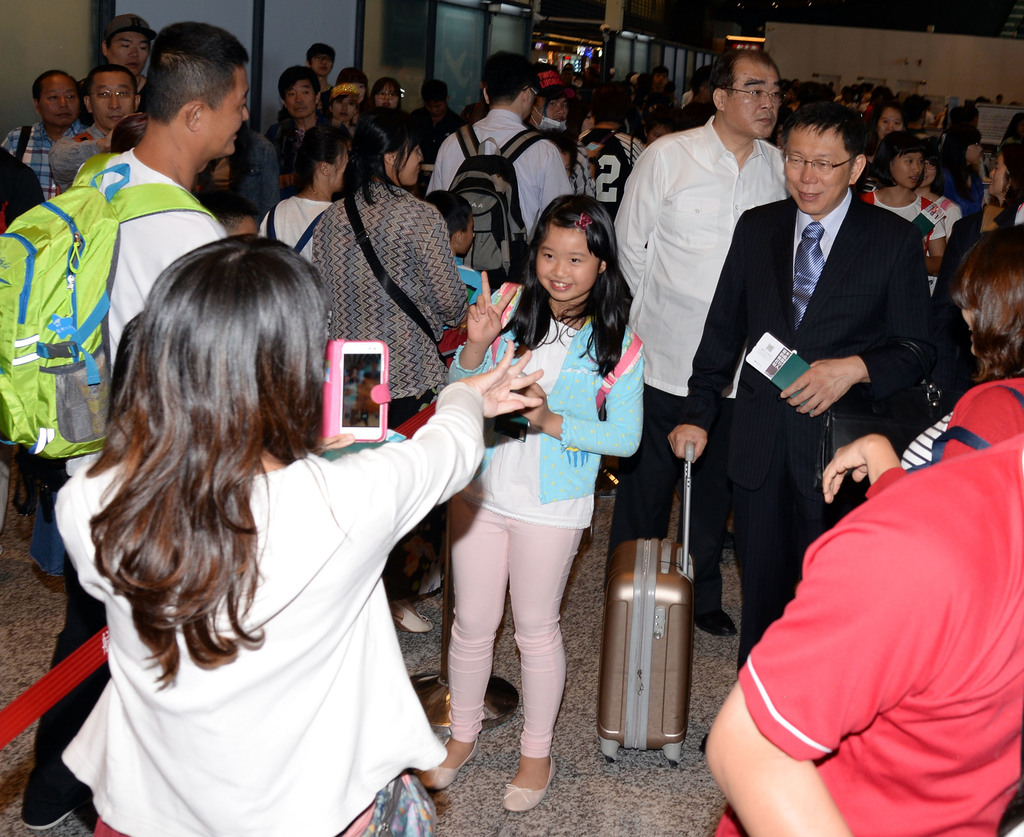 Ko leaves for S. Korea on a 5-day visit

Taipei Mayor Ko Wen-je lined up alongside rows of economy seat passengers in the wee hours of the morning at the Taoyuan International Airport as he heads to South Korea for a five-day visit, reports said Sunday.

Unflustered by a flurry of questions, Ko told reporters prior to boarding the plane that he demands his staff to travel in economy when making official visits abroad, saying those wishing to upgrade to business seats must pay the supplementary costs out of their own pockets.

The mayor left on a 6 a.m. flight via China Airlines in the company of spokesman Sidney Lin, and was seen off by National Police Agency (NPA) Chief Huang Tsung-jen and Taipei Police Department Commissioner Chiu Feng-kuang.

Ko will begin his itinerary at the 2015 Gwangju Universiade and end his tour in Seoul where he will view public housing and meet management of SM Entertainment, reports said.

According to Lin, the mayor will receive the flag of the world university games from the Gwangju sponsor at the closing ceremony on July 14 as Taipei would be hosting the 2017 Universiade.

When asked by the local media regarding his views on the MERS outbreak in South Korea, Ko said there hasn’t been a new case of contract in the last six days, adding that the epidemic appears to be in control.

Again asked if he would upgrade to business class, Ko responded that he doesn’t intend to, however saying his staff can choose to upgrade at their own freewill as long as they pay with their own money.

According to reports, Ko also refused to use the VIP lounge prior to boarding, and instead chose to wait along with other South Korean-bound passengers at the gates.

In Seoul, Ko and his entourage will stay overnight in the U-myeon public housing community to observe its planning and interior design, Lin told reporters during a press conference on Saturday.