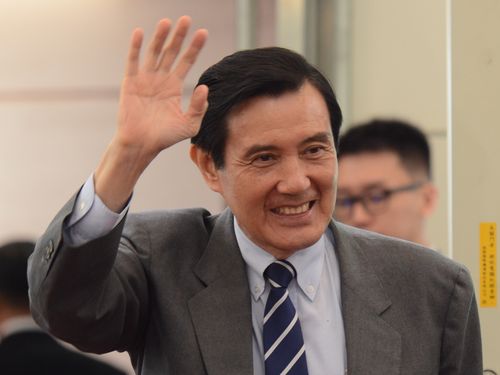 President leaves for visit to Caribbean

Taipei, July 11 (CNA) President Ma Ying-jeou embarked on his 11th overseas visit since coming to office in 2008, a trip that will take him to the Dominican Republic, Haiti and Nicaragua for talks with heads of state including Daniel Ortega.
On his way to the Caribbean, the president will go to Harvard University, his alma mater, during a stopover in Boston.
Ma is expected to give a speech at a gathering at Harvard.
Speaking to reporters before boarding a China Airlines charter at Taiwan Taoyuan International Airport, the president said he hopes to deepen bilateral cooperation with Taiwan's allies during the trip.
The president is due to return to Taiwan on July 18 after a stopover in Los Angeles.
While in the Dominican Republic, Ma will deliver a speech to the nation's Congress in addition to holding talks with President Danilo Medina, officials said. The president will also visit two centers for underprivileged children.
In Haiti, the president and his Haitian counterpart Michel Joseph Martelly will jointly inaugurate the new office building of the country's supreme court.
The project built with help from the Republic of China (Taiwan) took two years to finish and is the first among similar construction projects to have been completed after Haiti was devastated by an earthquake in 2010.
In 2013, Ma became the first ROC president to set foot in the Caribbean nation since the two countries established diplomatic ties in 1956.
While in Nicaragua, Ma will call on President Ortega and visit Taiwanese businesses in the country. He is also expected to be presented with a key to the city during a visit to the ancient city of Granada.
Although the official purpose of such a visit is to bolster ties with Taiwan's allies in the region, the president's activities during transits in the United States often attract as much, if not more, attention from Taiwan's media as his official itinerary.
In an interview last week, Ma spoke of the topics he may cover in his speech and a follow-up discussion at Harvard.
Taiwan's relations with China, Taiwan's domestic politics, issues concerning the South China Sea and the East Asian region are bound to come up during the discussion since Taiwan is at the heart of these topics, Ma said.
In addition, he will express the Republic of China's gratitude for the cooperation the nation received from the United States during World War II as the 70th anniversary of both the World War and the ROC's War of Resistance against Japan are celebrated this year.
The overnight transit will be the first in Boston for a Taiwan president although Ma visited Harvard 9 years ago as mayor of Taipei and a presidential candidate. Ma received his Doctor of the Science of Law (S.J.D) degree from Harvard Law School in 1981.