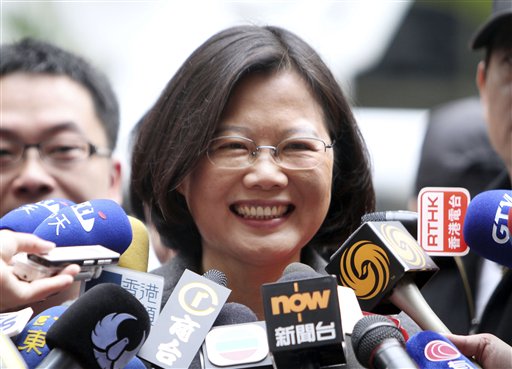 “We already have a list of candidates but the decision hasn’t been made yet as it is still a bit too early. However, we will set everything in motion before the registration deadline,” she said.

Tsai’s response came during a visit to the cultural heritage activity held in Taipei’s Beitou District on Thursday morning, where she also urged the local media to refrain from speculating over the subject of her running mate.

The presidential contender however disclosed that her ideal candidate will be unveiled to the public in September. But when asked if the disclosure will come earlier than the preset date, Tsai said it would depend on the circumstances.

On a separate topic, she told the media that she supports Taipei City Mayor Ko Wen-je’s push to revise down the voting age in local referendums to 18, adding that this would entitle the younger population in Taiwan the right to vote two years earlier.

Meanwhile, Tsai also expressed her admiration for Kuomintang’s presidential hopeful Hung Hsiu-chu for the fight against cancer, saying she wishes nothing but the best of health for Hung.