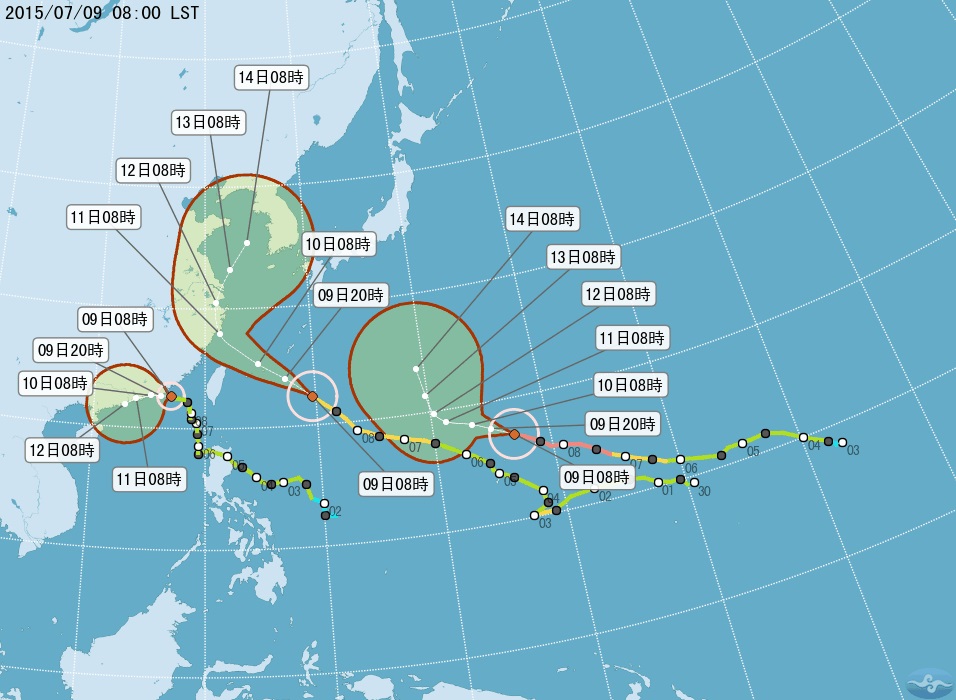 Described as a “real monster” by CNN's weather reporter, typhoon Chan-Hom is expected to hit northern Taiwan with heavy rainfall and strong wind on Friday.

The Central Weather Bureau (CWB) issued a sea warning at 5:30 a.m. on Thursday for Typhoon Chan-hom, warning of strong gusts in waters north-northeast of Taiwan. A land warning is expected to be issued late Thursday, according to the CWB.

As of 8 a.m., Typhoon Chan-Hom is moving northwestward at a speed of 24 kilometers per hour towards the island, according to the weather bureau.

As the typhoon is approaching the offshore coasts of northeastern Taiwan, the bureau advises ships operating around the island at heightened alert and warns against water activities due to strong winds.

In addition to northern Taiwan, torrential rains are also expected in the southern part of the island, Taitung, and mountainous areas in the central region.