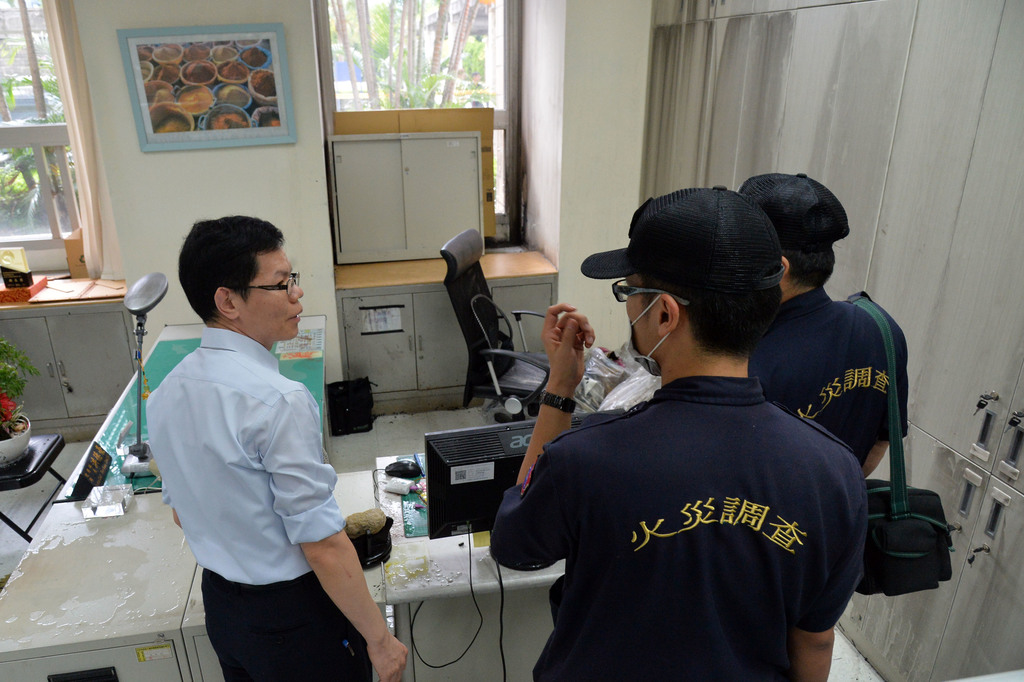 Taipei City Government spokesman Sidney Lin pointed out Monday that the police are conducting investigation on the fire deliberately set in one of its offices at the Taipei City Hall building.

Fortunately no one was injured in the fire, Lin said, adding that Mayor Ko Wen-je has been notified of the arson, which was reported to the fire department in the wee hours of the morning by an officer stationed at the city hall.

Police from the Hsin-Yi Police Department along with the city’s crime division have assumed conduct of the arson investigation. Preliminary report by investigators suggested that the crime was acted upon by a protestor unsatisfied with the city government.

Lin said Ko showed a sense of regret over the incident, however advising those wishing to express their opinion about him and his administration to go through proper procedures

Taipei City firefighters who rushed to the scene at 3:55 a.m. witnessed fire blazing out of the first-floor Construction Management Office located on the southeastern wing of the city hall.

Video footage captured from a CCTV camera overlooking the office showed that a suspected bystander hurled rocks at the office window, and then proceeded to lighting a fire after pouring a bucket of flammable liquid through the shattered glass, according to Hsin-Yi Police Department Deputy Chief Tu Kuo-ching.

The exact motive behind these actions has yet to be determined as the investigation is still ongoing, Tu said.