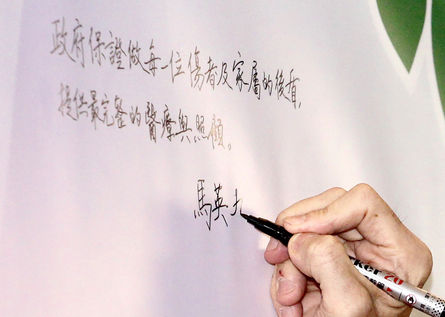 According to unnamed sources, Ma has paid visits to several burn victims and their families at hospitals in the greater Taipei area.

During those visits, Ma said he was shocked and saddened by the incident, adding that the government would do everything in its power to offer medical assistance, and help families receive compensation.

Meanwhile, the government would also do its best to determine the cause of the blast, who was to blame, and to reexamine public safety policies, he affirmed.

Two victims have died after the tragic incident on June 27. The number of patients in critical condition has risen to 237, according to the latest information provided by authorities on Monday.

Ma has requested that the agencies and government authorities assigned to the water park relief efforts to provide their debriefing report during the conference.