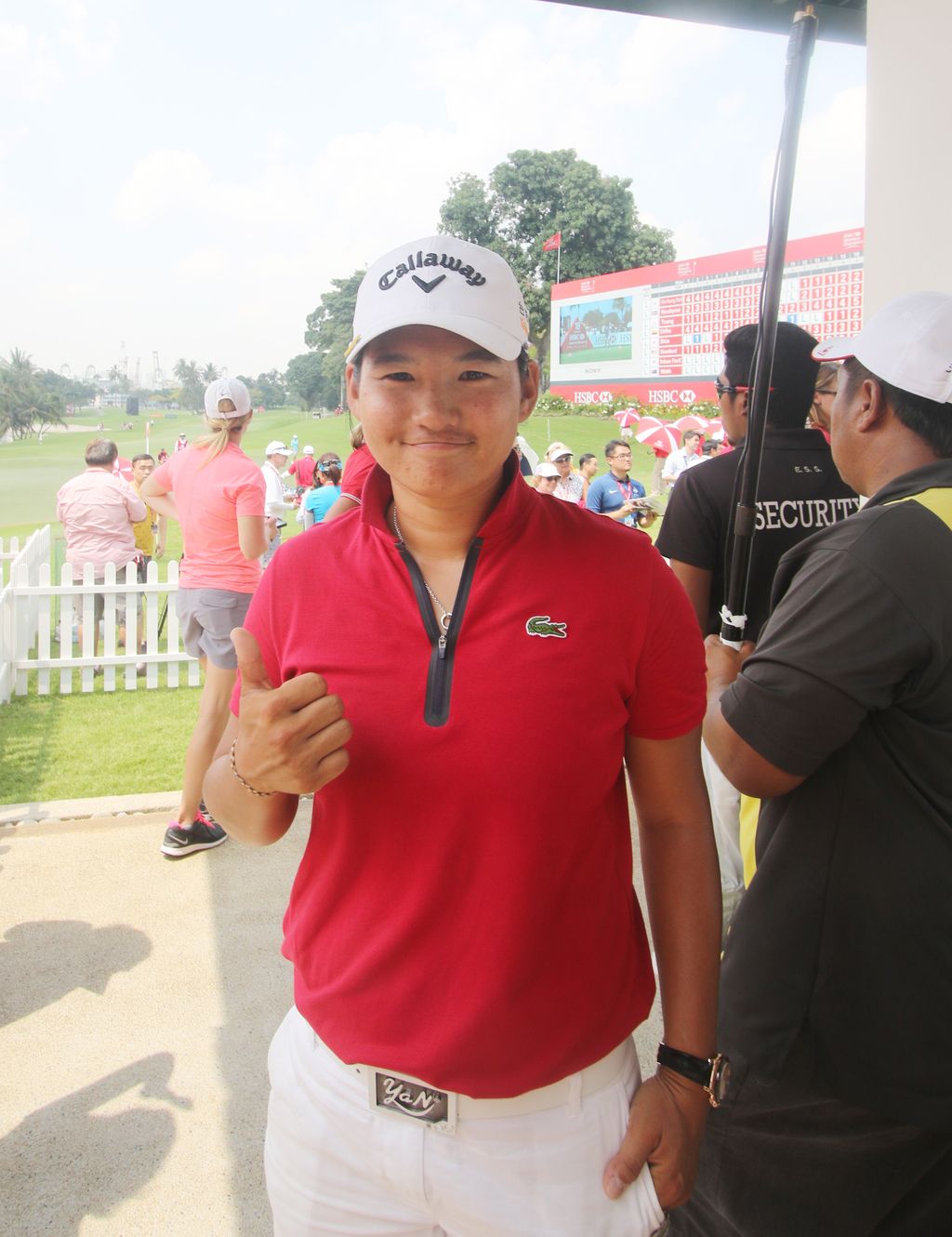 TAIPEI (Taiwan News) – Two companies owned by an uncle of golfing champion Yani Tseng did not have to pay NT$2.38 billion (US$77 million) in back taxes after her mother came up with NT$6 million (US$194,000), reports said Wednesday.
Tseng, 26, is the youngest golf player ever to have won five major championships, and she was listed as the world’s No.1 woman golfer from 2011 to 2013.
Media reports said Wednesday that despite owing more than NT$2 billion in taxes in 2014, two companies owned by Tseng’s uncle had disappeared from the list of the 20 biggest tax cases.
The Taxation Administration said that because Tseng’s mother had paid NT$6 million and because inspectors had found no further sources of funding, it had decided to close the case. The Ministry of Finance unit denied it had taken the measure due to Tseng’s celebrity status.
Critics said that the government was afraid that Tseng would drop her Taiwanese citizenship as her mother was unable to join her at international competitions because she was barred from leaving Taiwan over the tax issue.
The two companies, which sold diesel fuel for fishing trawlers, were registered in her uncle Tseng Mao-shao’s name but were in reality being managed by her father, reports said. The uncle was investigated in 1995 for the illegal sale of diesel, but no illegal income was found.
However, in 2011, Tseng’s father was identified as the true manager of the business and her mother as a shareholder, but because of time limitations, they could reportedly not be prosecuted.
When her mother, Yang Yu-yun, was being asked to appear each month to explain financial transactions between her accounts and the two companies, she decided to pay the NT$6 million, which happened in August 2013.
Taxation officials denied that the family had received special treatment because of Tseng’s status as a Taiwanese celebrity known worldwide.