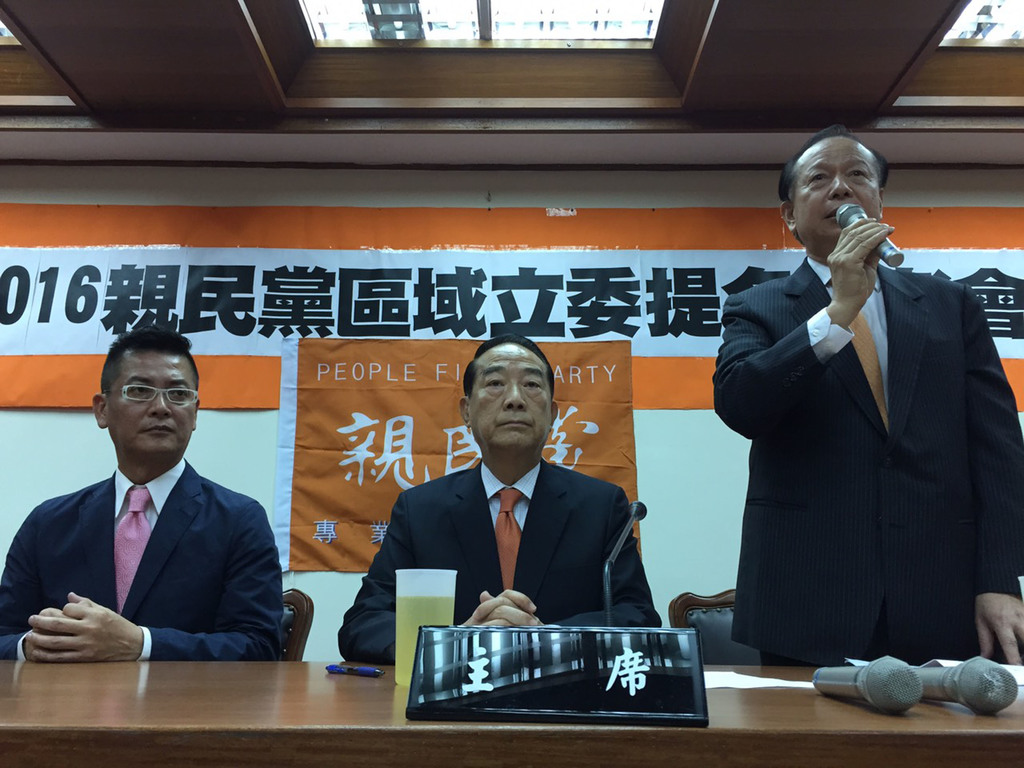 The People First Party (PFP) Chairman James Soong disclosed Wednesday that he would only consider running for president if the Democratic Progressive Party (DPP) and the Kuomintang (KMT) veer off course from fundamentals and the well-being of the people.

As one of Taiwan’s most diligent political senior, Soong said it is about time to sit back and observe while keeping abreast of the goings-on in the local political scene.

“It is about time to rethink our priorities and get to know our next-door neighbor better as well as our nearby surroundings,” he stressed, adding that anyone is entitled to voicing their needs and demands.

In a public press conference held at the Legislative Yuan on Wednesday morning, the PFP chairman took part in a public announcement of the PFP’s running candidates for next year’s legislative elections. They include Chang Sho-wen, Liu Wen-hsiung, Chen Chao-jung, media veteran Hector Kang, and PFP city councilor Vivian Huang.

Soong denied allegations that he has taken grudge against the KMT party or anyone else involved, adding that he is willing to work with any political party in the best interest of the Republic of China.

When asked by press reporters if he plans to meet with KMT presidential hopeful Hung Hsiu-chu, the chairman said he would to do so after the KMT officially announces its presidential candidate on July 19.