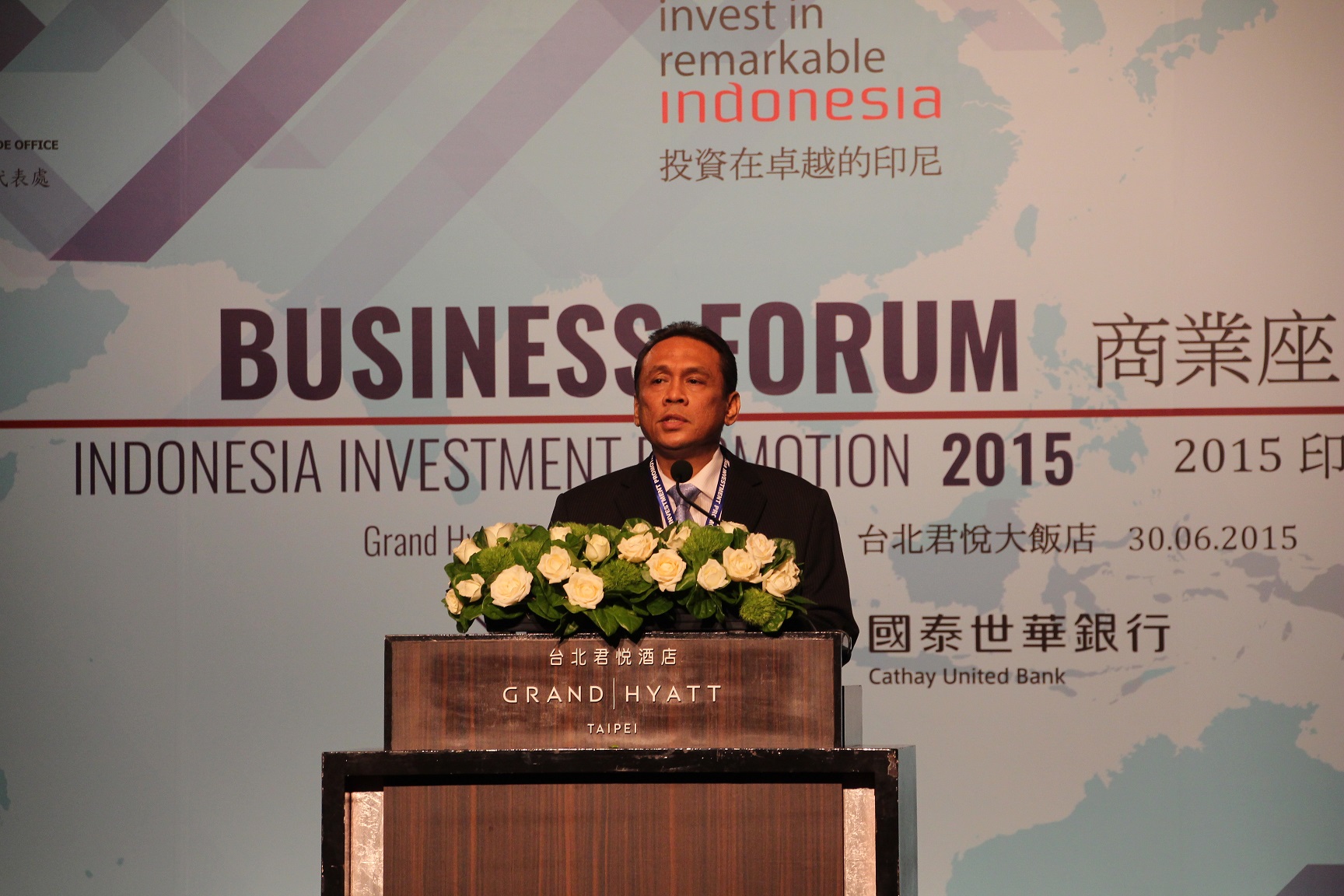 IETO Representative Arief Fadillah said in his opening remarks that the trade relation between Taiwan and Indonesia has expanded over years. The office will continue its efforts to facilitate and strengthen business and trade ties between both countries by organizing business development meetings and exchanges.

Indonesia is emerging as a global powerhouse in Asia and is expected to benefit from RCEP, the largest free trade zone in the world. In 2014, bilateral trade between Taiwan and Indonesia amounted to approximately US$11.2 billion. Several foreign companies from Japan and Europe have gradually shifted their attention away from China to Indonesia thanks to its rich natural resources, population, and bettering business environment.

Deputy Minister of Economic Affairs Bill Cho was attending the forum, indicating a warmer tie between both countries was observed. Cho said that President Joko Widodo paid several visits to Taiwan as the governor of Jakarta years ago and has a good impression of Taiwan’s economic development. In terms of investment, Indonesia is the second leading investment destination among Southeast Asian countries for Taiwanese businessmen. According to the government data, Taiwan’s investment in Indonesia has reached almost US$17 billion at the end of last year, mainly targeting textile, shoes, clothing, hardware, and furniture industries, but has gradually shifted its attention from labor-intensive sectors to others.

An Indonesian official at the forum pointed out that, on top of providing incentives for investment, the country is dedicated to reducing red tape and improving infrastructure. Progress was observed in many aspects, including the wait time for applying for a new plant establishment permit.