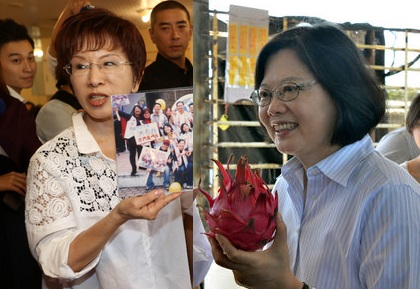 Hung is currently the only candidate qualified to run in next year’s presidential election on behalf of the KMT, however, her nomination can only be confirmed by the party’s national congress on July 19.

Asked which candidate they prefer in terms of likeness, 38 percent of those polled picked Tsai, compared to 37 percent for Hung.

Meanwhile, 24 percent of those polled said they don’t like Hung as opposed to 27 percent for Tsai.

According to speculations that Hung has picked Steve Chan to be her running mate for next year’s elections, the Adimmune Corporation Chairman said his current focus to work on his business and that he has no interest in joining the political scene any time soon.

Hung had previously disclosed that the right person for running mate would have to be righteous, upright, and can withstand the challenges thrown at him/her. The person would also have to be younger than her, reports said.

When asked by reporters on the subject of running mate, Chan played down the speculations as he said he has no intentions in joining Hung’s political agenda.

The UDN poll collected 1,006 valid samples from Taiwanese residents aged 20 and older via telephone from June 26 to 27. The poll has 95 percent confidence level, with a margin of error of plus or minus 3.1 percentage points.