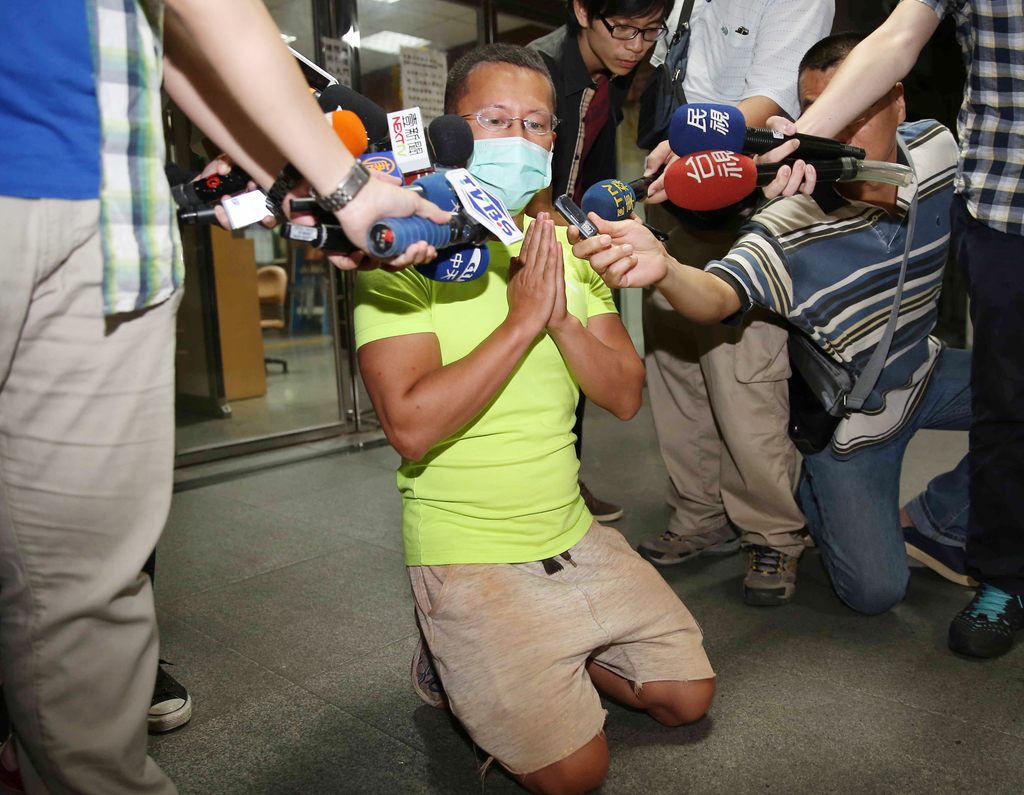 Lu to face over NT$1 billion in liability

The organizer of Saturday’s "Color Play Asia" party Lu Chung-chi was released on bail of NT$1 million after been apprehended by prosecutors from the Shihlin District Prosecutors Office on Sunday.

The inferno at the Formosa Water Park led to massive injuries, with 202 listed as being in serious condition.

Lu kneeled down and apologized in front of the media after confessing that he failed to mention to his staff that colored powder is highly flammable.

In an earlier report prior to the fire incident, Lu said he used cornstarch colored with food dye to create the colored powder, adding that it was safe for the intended use.

As Lu’s company only covers a general liability insurance of NT$50 million, the party organizer would have to shoulder the surplus of fees amounted from the medical expenses of those injured, according to ombudsman Wang Teh-ming of the Consumer Protection Committee.

“Considering that the patients would need to undergo skin grafts in the aftermath of their initial burn treatment, the expense covered for each victim on average is likely to exceed NT$3 million,” he said, adding that the total medical expense for all patients is expected to be over a billion.

Wang said the committee will not rule out filing a suit against Lu’s company on behalf of Saturday’s plaintiffs.

When asked by reporters on subjects regarding the insurance coverage, Lu said he will make up for everything that has happened and he will shoulder the utmost responsibility.