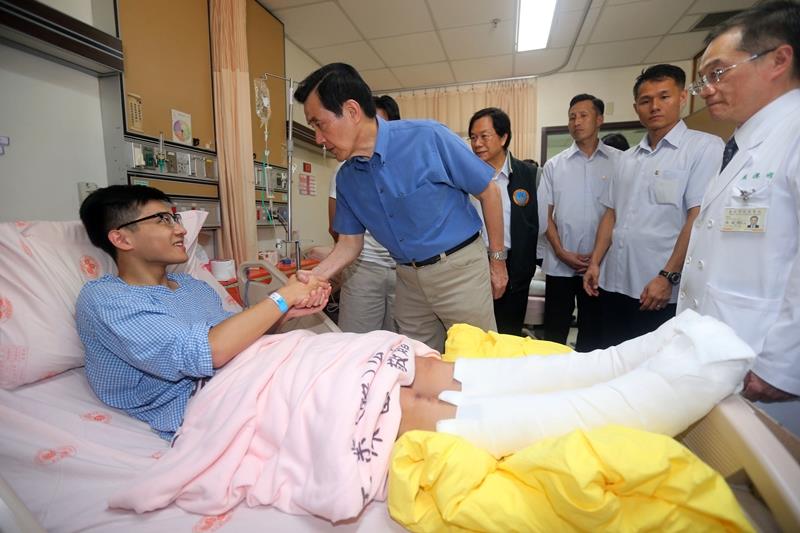 President Ma Ying-jeou said the government will look into the parties responsible for creating the Formosa Water Park tragedy as he paid visits to victims of the dust explosion in the Taipei Veterans General Hospital on Sunday.

The president also expressed his sympathies to the affected families whose children were involved in the accident on Saturday, adding that the government will help families seek compensation from the party organizer.

The number of casualties has since surpassed more than 500, many of whom suffered burns to more than 80 percent of their bodies.

Ma expressed his sympathy and despair as he listened to patients describing the course of events that led to the dust explosion. The president also reaffirmed that the government will do everything necessary to punish those responsible for the tragedy.

The Ministry of Interior has already informed local authorities to ban the use of colored powders nationwide, Ma said.

The government is holding an interim meeting Sunday evening to discuss plans to handle the aftermath of Saturday’s fire accident.