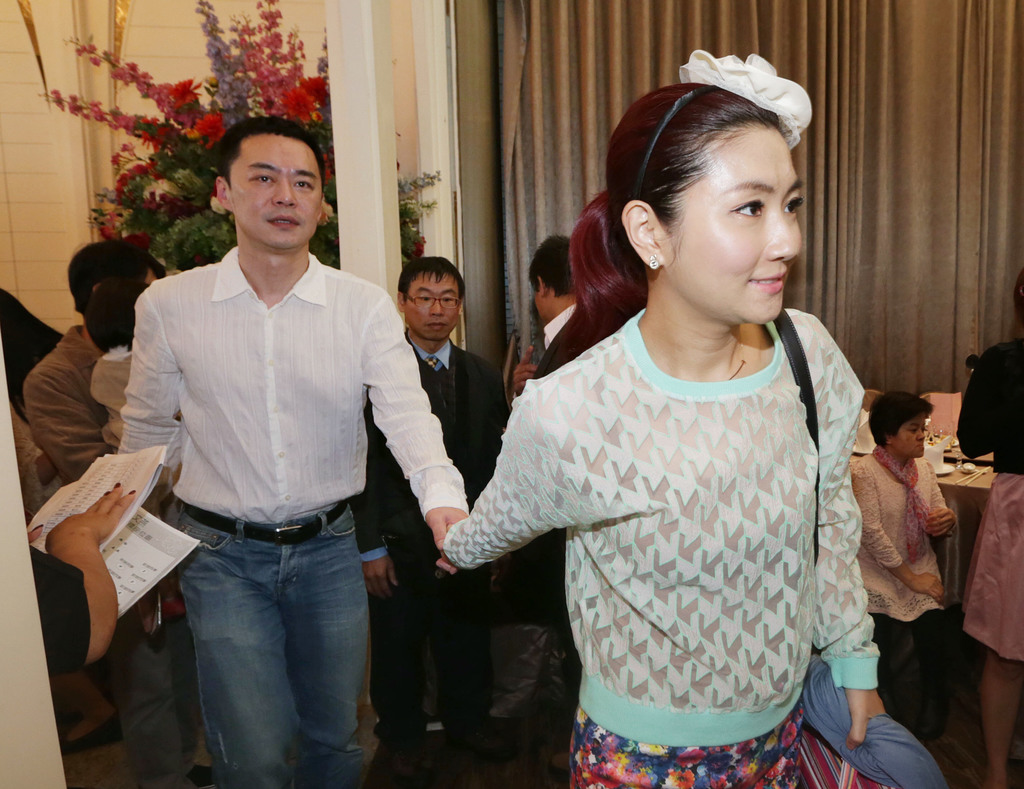 TAIPEI (Taiwan News) – The husband of prominent pop singer Selina Jen turned down an expected offer from the Kuomintang to nominate him for the Legislative Yuan election, barely hours after party vice chairman Hau Lung-bin confirmed it to reporters.
The sudden turnabout seemed to reveal disarray within the KMT in the face of poor opinion poll results in the run-up to the January 16 presidential and legislative elections, reports said.
Richard Chang posted on his Facebook page Friday afternoon that if, as predicted, the KMT would draft him next week to run for the legislative seat in the Taipei City districts of Shilin and Datong, all he would be able to do was to turn down the offer.
He also rejected Hau’s description of him as “a faithful KMT member,” saying he was not a member of the ruling party nor of any other political party.
Chang said he thanked Hau for his support, explaining that there were bonds of friendship between the KMT vice chairman, himself and his father, former lawmaker Chang Chih-liang.
If he had smiled and not expressed disagreement at suggestions from senior officials including KMT Secretary-General Lee Shu-chuan, than that was because a refusal would have clashed with the principles of basic politeness, the younger Chang said.
“If I take part in an election, I can perform more good deeds, but it is also like a war which destroys a person,” Chang wrote on Facebook. He concluded his message by saying people should just simply perform good deeds.
The KMT plans would have pitted Chang against Democratic Progressive Party incumbent Yao Wen-chih, a former government spokesman seen as close to ex-Premier Frank Hsieh. Yao is the only DPP politician to have won a seat at the last election in KMT-dominated Taipei City, which counts eight legislative seats.
The election district in question is seen as a soft target because its population is roughly evenly divided between KMT and DPP supporters. As a result, the seat changed hands at nearly every recent election.
In 2008, KMT candidate Justin Chou defeated DPP stalwart Wang Shih-hsien, but he lost to Yao in 2012. The KMT is now hoping that Chang can topple Yao, even though most opinion polls predict that the ruling party will have a hard time in the January 16 election, when voters will also choose the next president.
The DPP is hoping it will win a presidential election for the first time since 2004 but also an absolute majority at the Legislative Yuan for the first time ever.