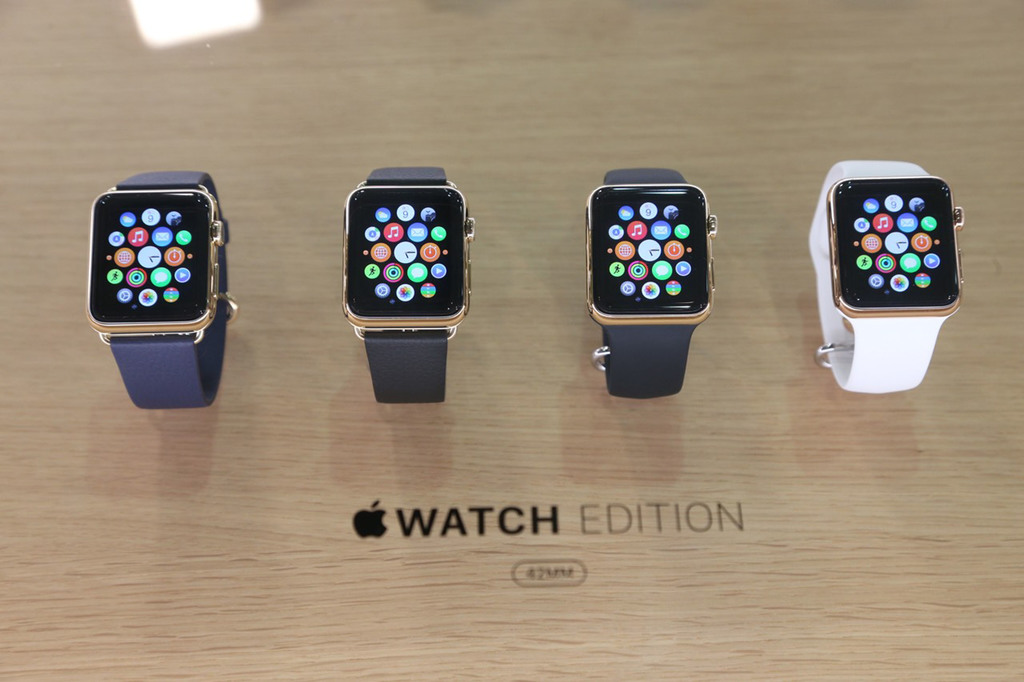 Apple Watch likely to sell out in Taiwan on launch day: retailer

Apple Inc.'s first smartwatch may sell out in Taiwan on Friday, the first day of sales in the local market, because the supply is limited, a local retailer said.

The Apple Watch went on sale at 11 a.m. Friday at 10 select Apple-authorized resellers in Taipei, New Taipei, Taichung and Kaohsiung, but the total number of initially available units was estimated at only 1,000.

A sales representative of Data Express Infotech Co., one of Apple's main distributors in Taiwan, said the first batch may sell out on the launch day due to the limited supply.

A consumer surnamed Wang, 30, who was the first buyer of an Apple Watch at a Data Express store, said she began to queue up at 10 p.m. Thursday.

Wang said she thinks most Taiwanese consumers are still uncertain about whether they really need the Apple Watch, while others have purchased it from other markets.

The smartwatch was launched in Taiwan at a starting price of NT$11,500 (US$371) for the plastic Apple Watch Sport and NT$17,900 for the steel-cased Apple Watch.

The premium Apple Watch Edition, crafted from custom rose or yellow 18-karat gold, is available only at the Studio A store in the Taipei 101 Mall and carries a price tag of NT$340,000 to NT$570,000.