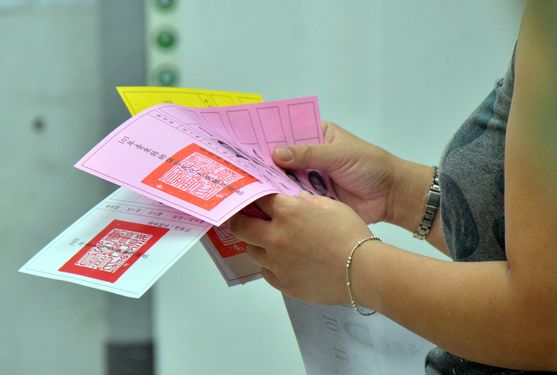 Washington, June 25 (CNA) Elections in Taiwan are free, fair, credible and transparent, according to an annual human rights report released Thursday by the U.S. State Department.
Taiwan is governed by a president and a parliament selected in multi-party elections, said the Taiwan section of the Country Reports on Human Rights Practices for 2014.
In 2012, voters re-elected President Ma Ying-jeou of the Kuomintang to a second four-year term in an election considered free and fair, the report said. On Nov. 29, 2014, Taiwan voters elected more than 11,000 local government leaders, and observers regarded the elections as credible and transparent. Taiwan will hold its next presidential election on Jan. 16, 2016.
Principal human rights problems reported during the year were labor exploitation of migrant workers by fishing companies, exploitation of domestic workers by brokerage agencies and official corruption, the report said.
As of November, authorities indicated 687 officials, including 69 high-ranking officials, on corruption charges during the year. There were no reports of impunity, it said.
On conditions of work, the report said the law in Taiwan provides standards for working conditions and health and safety precautions for an estimated eight million of Taiwan's 8.7 million salaried workers.
In 2013, the average monthly wage increased 0.2 percent to NT$45,664 (US$1,470). According to Directorate General of Budget, Accounting and Statistic data, workers' real wages were at a 15-year low. According to a Ministry of Science and Technology report, between 10,000 and 20,000 white-collar workers or skilled experts left Taiwan to work abroad every year, it said.
It also said the constitution provides for freedom of assembly, and authorities generally respected this right.
The student occupation of the Legislative Yuan in March-April 2014 was resolved after 23 days without the use of police force, it said.
The report also said the constitution provides for an independent judiciary; however, the judicial system suffered from some corruption. Although authorities have made efforts to eliminate corruption and diminish political influence in the judiciary, some residual problems remained, it said.