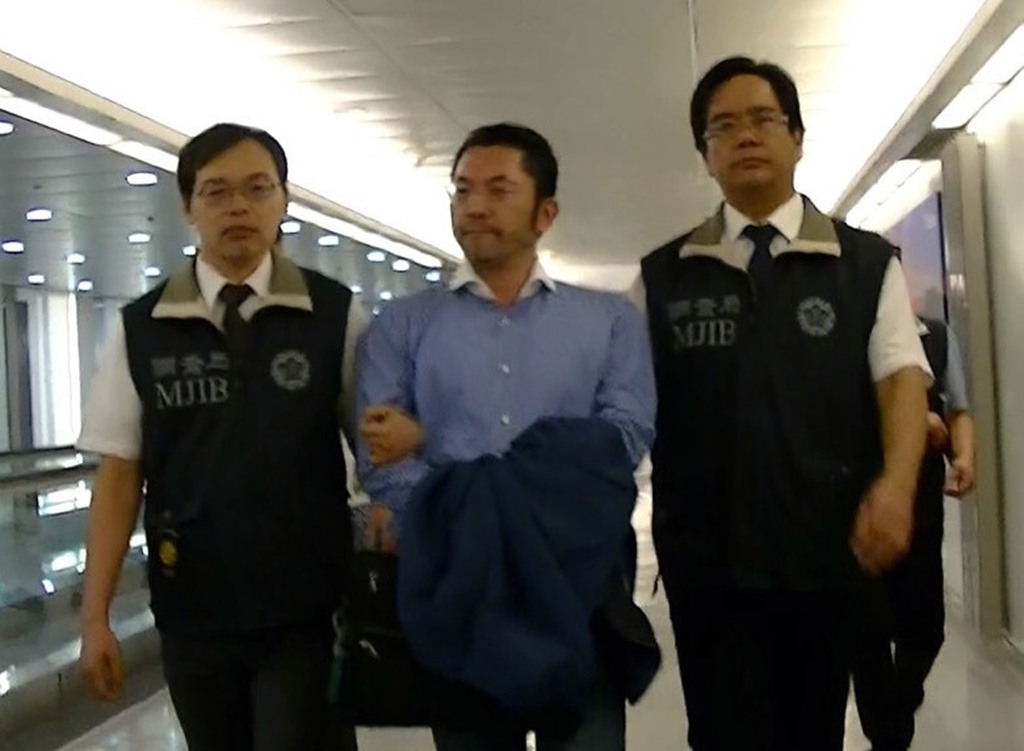 Taipei, June 26 (CNA) Lo Hsu-liang, head of Taoyuan-based biotech product supplier Zodic Light World Technology Inc. was arrested Friday morning immediately upon returning to Taiwan from abroad.
Lo sold shares of Zodic to investors to rake in about NT$1 billion (US$32.26 million) after allegedly disseminating false information about the prospects of his company.
Prosecutors raided Zodic's headquarters and the company's affiliates earlier this week, while summoning 14 related persons, including Lo's wife, for questioning. Lo did not appear in the prosecutors office for questioning as he was in Austria at the time.
Lo's wife and the 13 others were released on bail ranging between NT$30,000 and NT$300,000 after questioning. Immediately upon Lo's arrival in Taoyuan Friday morning, he was approached by Investigation Bureau officers. The investigators showed him an arrest warrant before he was handcuffed. Faced with the arrest, Lo appeared calm and took off his jacket to cover the handcuffs without saying anything.
Lo's allegedly fraudulent stock trading case has been called the Taiwanese version of "The Wolf of Wall Street", a 2013 movie starring Leonardo DiCaprio based on a true story depicting a stock broker's rise and fall, involving crime and corruption.
In 2012, Zodic announced plans to work with Chirana Group of Europe to sell medical devices in the European Union and the Asia-Pacific market.
In June 2014, Lo told the press that Zodic had teamed up with Chirana Group of Europe, Taipei Medical University and Honduras by signing a memorandum of understanding for cooperation on an investment worth 500 million euros (US$560 million) over the course of three years. The partnership was aimed to penetrate the medical market in Latin America, he claimed.
In January 2014, Zodic said it was planning to go public in the local emerging market and then sold 10 million shares through six securities advisory firms, raking in more than NT$600 million in profits, the local media said. In July 2014, Zodic issued an additional 13.37 million new shares to make more than NT$300 million, the reports added.
However, the investigation found that Zodic had fabricated the cooperation agreement, and Lo took advantage of the false information to sell Zodic shares. Lo was even accused of asking his employees to buy the shares.
The local media reported that while Zodic described itself as a minimally invasive abdominal surgery device provider, prosecutors found that it was only a shell company and did not own any production facilities.
The reports said that Lo spent only NT$2 million to set up the company in 2011, and borrowed money to inflate the paid-in capital to NT$300 million.

(By Chiu Chun-ching and Frances Huang)