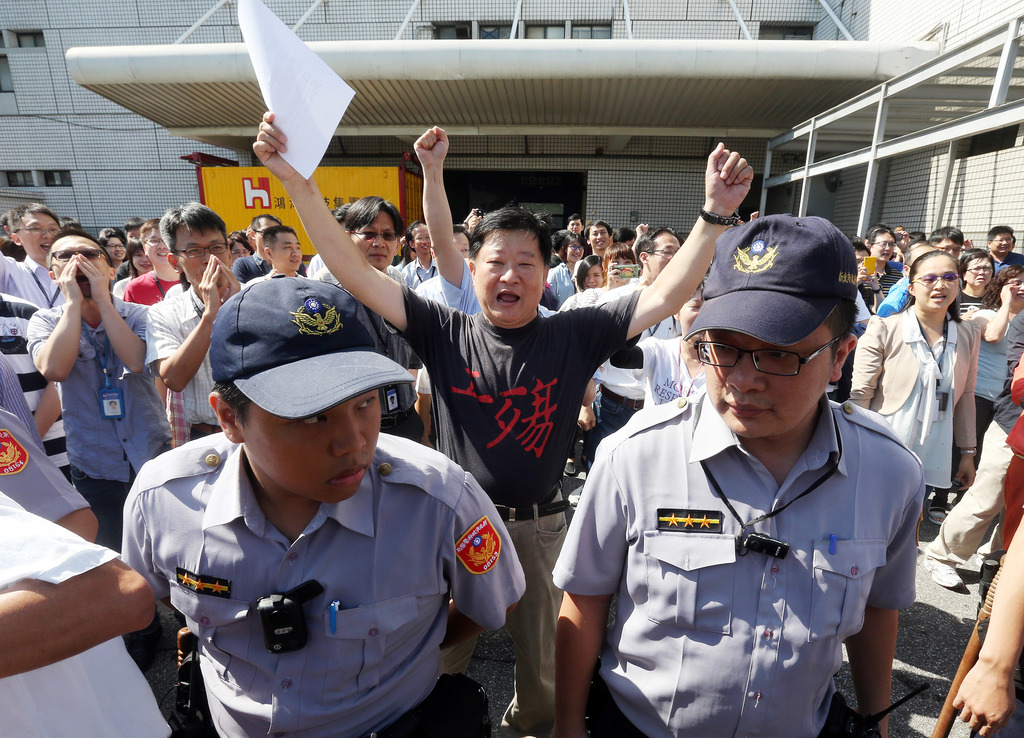 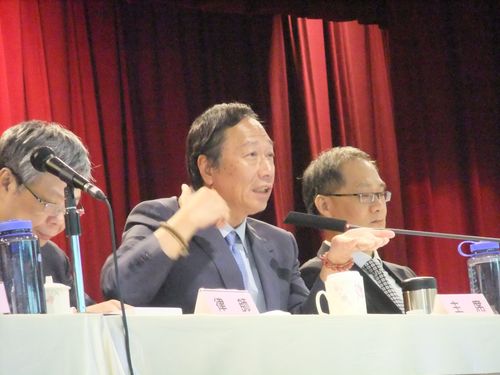 Taipei, June 25 (CNA) The chairman of Taiwan's Hon Hai Precision Industry Co., a major supplier to Apple Inc., slammed an accusation Thursday by Hong Kong labor groups that the company operates sweatshop factories, saying he is confident that his company's operation can "compare favorably with those of any other manufacturer in the world."
Terry Gou told a meeting with shareholders that some U.K. tabloids have paid members of several labor groups in Hong Kong to monitor Hon Hai's Shenzhen Longhua manufacturing site in China and collect internal information from Hon Hai employees there. These labor groups, which staged protests earlier in the day at Hon Hai's headquarters in New Taipei and claimed to represent the interests of Hon Hai employees who have been diagnosed with leukemia, "actually want NT$1 million (US$32,300)" for treatment from Hon Hai, said Gou, who was visibly angry.
According to Gou, the U.K. tabloids that have teamed up with some "fake" labor groups in Hong Kong and other "garbage" labor alliances in Taiwan, are aimed at making trouble for Hon Hai and its client, Apple Inc.
Gou said he is confident in the wage levels and benefits that Hon Hai offers to its employees in Chinese factories, and that he would welcome a "fair investigation" into Hon Hai's Chinese factories by the U.K.
Gou was responding to earlier protests by some labor groups from Hong Kong, including Labour Action China and Students and Scholars Against Corporate Misbehaviour, over Hon Hai's "sweatshop" factories in China that put employees' health in danger.
The protests were supported by Taiwanese labor organizations such as the Taiwan Labour Front and the National Federation of Independent Trade Unions.
Hon Hai said it had launched an independent investigation with third parties into the health conditions of its employees and found no correlation between the company's work environment and the incidence of leukemia among its workers.