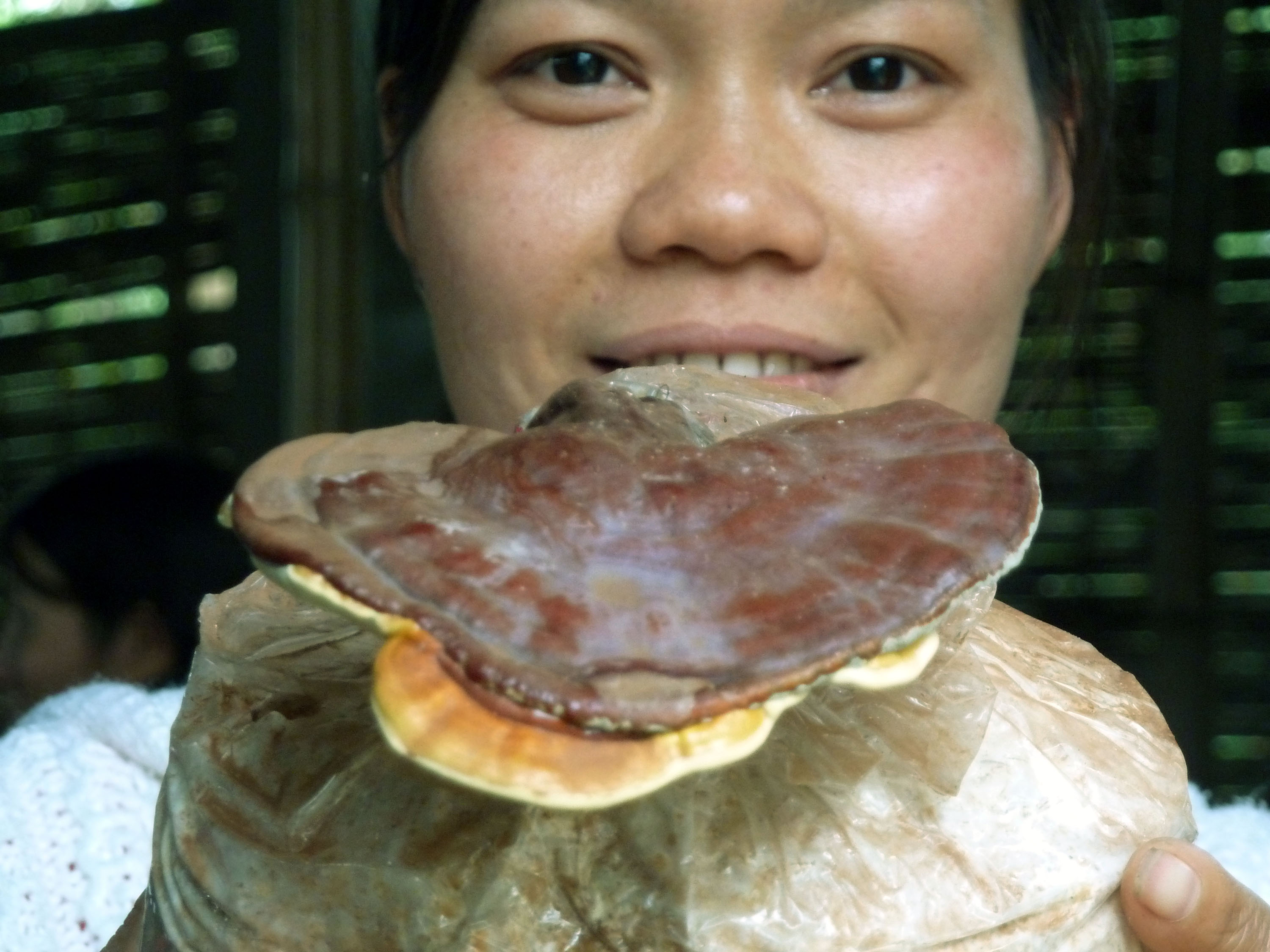 Taipei, June 25 (CNA) Taiwan researchers have found that Ganoderma lucidum, known locally as lingzhi mushrooms, can prevent obesity, as well as discovering a weight-loss gut bacterium.
The results, achieved by a team led by Lai Hsin-chih, a professor at Chang Gung University's Department of Medical Biotechnology and Laboratory Science, have been published in the peer-reviewed scientific journal Nature Communications.
Lai said experiments were conducted on obese patients suffering from hypertension, hyperlipidemia and diabetes, in which some of them were given a water extract of Ganoderma lucidum mycelium for three months.
The patients were divided into six groups: A -- regular diet without Ganoderma lucidum; B -- regular diet with Ganoderma lucidum; C -- high-fat diet without Ganoderma lucidum; and D, E, F -- high-fat diet with different concentrations of Ganoderma lucidum.
It was found that the body weight and inflammation of Group B did not change, while the body weights in Group D, E and F were reduced by 11-18 percent, with the higher concentrations of Ganoderma lucidum giving more significant results.
Lai said the study shows that the Ganoderma lucidum mycelium exctract can adjust the composition of gut microbiota and produce a weight-loss effect.
He explained that Gram-negative bacteria account for half of the gut bacteria, and after eating Ganoderma lucidum, the anaerobic organism of one type of Gram-negative bacteria will increase. This completes and strengthens the gut microbiota, so that toxins will not get into the blood from the intestines and cause obesity, he said. (By Lung Pei-ning and Y.F. Low)