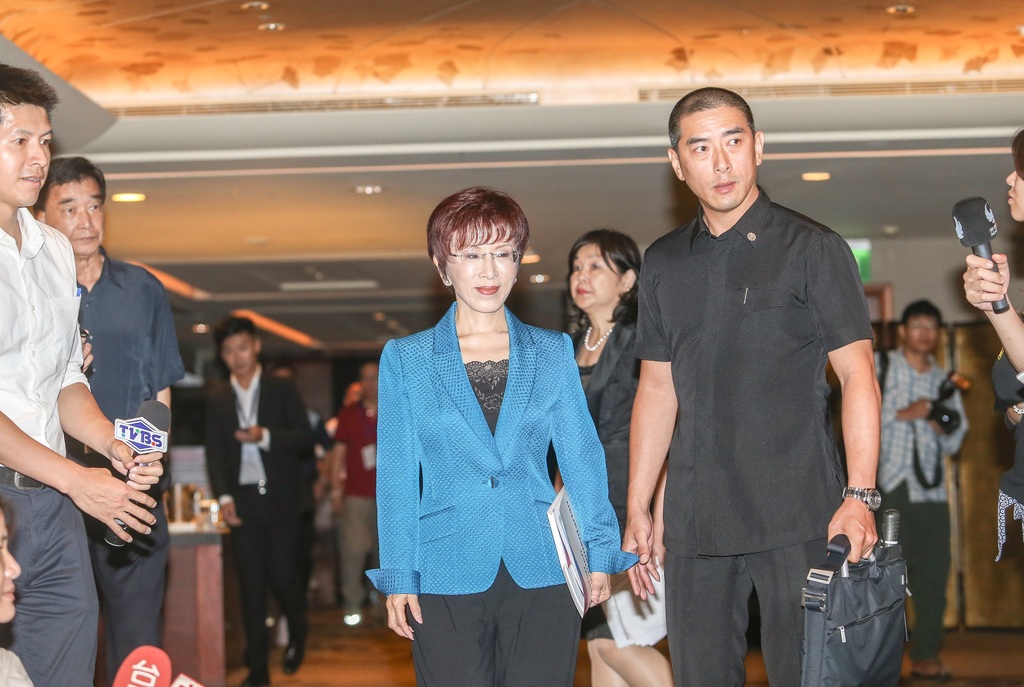 Jack Yu, spokesperson for Kuomintang presidential hopeful Hung Hsiu-chu, said Wednesday during a press conference at the KMT headquarters that she is suing TV personality and Next Magazine’s publisher, editor-in-chief, and three other respective reporters for defamation.

The announcement came after the tabloid magazine published a report suggesting Hung’s master’s degree from a university in the United States was a fake.

The press conference was held in the presence of Hung’s spokespersons Philip Yang and Jack Yu, including National Taiwan Sport University Vice-Principal Chang Si-min, who is also Hung’s former classmate in the United States.

Chang denied the magazine’s false allegations, explaining that they were studying in the same university at the time.

Speculations on Hung’s educational background erupted after TV personality Clara Chou accused her for falsifying the master’s degree in Northeast Missouri State University in the U.S.

The heat further escalated after reports published by the magazine alleged that the KMT is considering the removal of Hung’s presidential candidacy due to the falsification of her U.S. diploma.

When asked by reporters how she felt regarding the allegations, Hung said her determination to run for presidency remains unscathed.