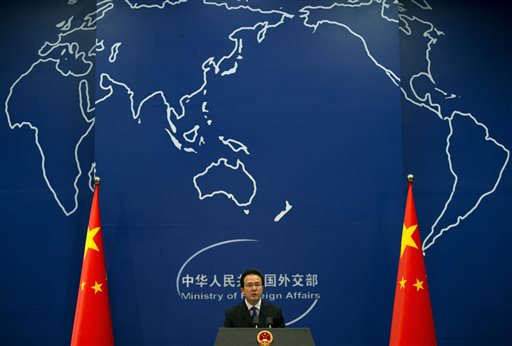 US to raise breach of govt records with China

WASHINGTON (AP) — The United States began annual security talks with China on Monday, and an official said it plans to raise directly the breach of a federal government server that resulted in the theft of personnel and security clearance records of millions of employees and contractors.

China has openly denied involvement in the break-in. Obama administration officials have said they are increasingly confident that China's government, not criminal hackers, were responsible.

It is a prelude to two days of Cabinet-level discussions on security and economy that start on Tuesday, billed as an opportunity to boost cooperation on global challenges like climate change and countering pandemics, while addressing their disagreements, also including China's island building in the disputed South China Sea.

A senior State Department official described Monday's talks at the department as candid. The official was not authorized to speak on the record in briefing reporters about the deliberations, which follow revelations about the massive breach of data at the Office of Personnel Management, or OPM. Information on as many as 14 million current and former U.S. federal employees and contractors, including military and intelligence personnel was stolen. The U.S. has publicly provided no direct evidence proving China was responsible.

"Certainly the issue will be addressed in pretty direct terms with the Chinese," the official said.

But the U.S. is still stopping short of publicly blaming the breach on China. State Department spokesman John Kirby said it remains under investigation by the FBI and there's been no official allegation on who was responsible. But investigators say the evidence points to the work of a government, not criminal hackers.

This week's talks will help prepare the ground for Chinese President Xi Jinping's visit to the White House slated for September. Xi held an informal summit with President Barack Obama in California in summer 2013 after he became China's leader. Cyber security was high on the agenda then, but U.S. pressure appears to have had little impact in the two years since.

About 400 Chinese officials are in Washington for this week's talks — a sign of the growing depth of U.S.-China ties, notwithstanding the growing tensions between them.

Ahead of the Cabinet-level discussions, Secretary of State John Kerry and Treasury Secretary Jacob Lew were due to host their Chinese counterparts, State Councilor Yang Jiechi and Vice Premier Wang Yang, for dinners Monday evening.