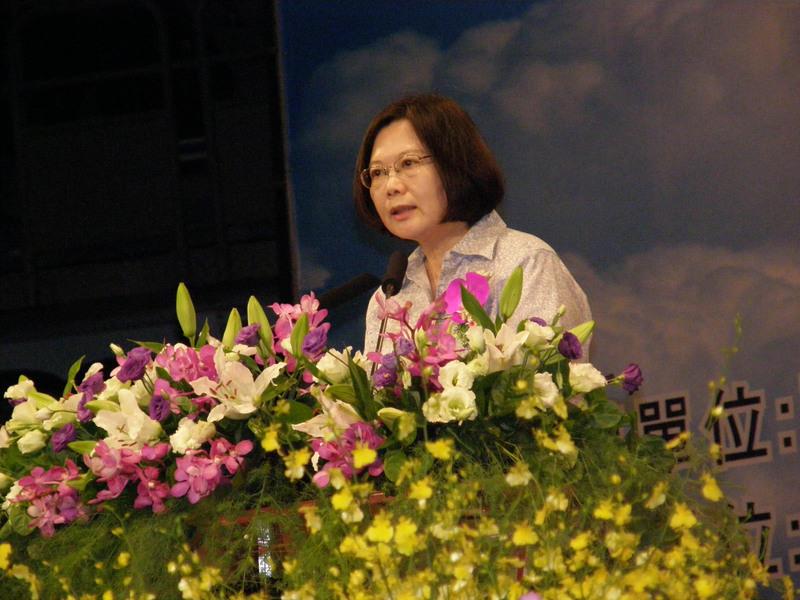 Tsai heads to Kaohsiung on a busy agenda

Accompanied by legislative runner Liu Shih-fang, she was welcomed by passionate farmers who wanted to have their pictures taken with her.

Also as part of her busy Sunday itinerary, Tsai paid homage to the southern city’s oldest Presbyterian Church as it celebrated its 150th anniversary in Taiwan. Along with Kaohsiung City Mayor Chen Chu, they sang a church hymn and spent a moment of silence in prayer.

During the event, Tsai praised the church’s missionary work in Taiwan, pointing out its years of devotion to improving the country’s education and social welfare.

When asked about Kuomintang’s possible change of legislative candidate from Huang Chao-shun to former Mainland Affairs Council (MAC) principal deputy minister Chang Hsien-yao in the city’s Zuonan district, Tsai said whatever move the KMT makes, Liu is the ideal bid to represent the DPP in the respective electoral district.

Meanwhile, regarding Hsu Yung-ming dropping his bid for the 2016 legislative elections, Tsai said she respects the decision made by the political science associate professor, adding that the DPP hopes to focus on collective strength to win a major stake in next year’s legislative seats.