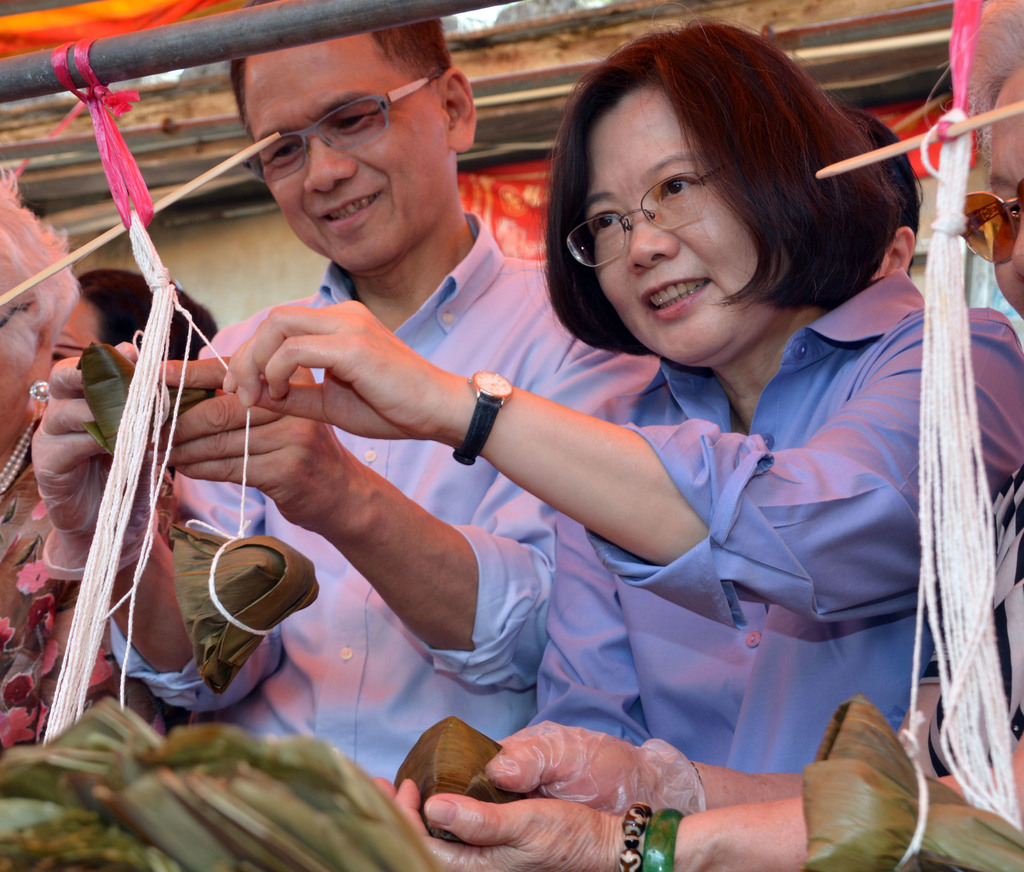 Poll puts Tsai 4% ahead of Hung

TAIPEI (Taiwan News) – An opinion poll released by Next TV Friday put Democratic Progressive Party presidential candidate Tsai Ing-wen almost 4 percent ahead of Legislative Vice Speaker Hung Hsiu-chu.
Now that Hung is almost certain to be confirmed as the Kuomintang’s candidate for the January 16 presidential election, opinion surveys have been coming out comparing the two women’s support levels.
Two polls earlier in the week painted vastly different pictures, one showing Hung 3 percent ahead of Tsai and another giving the DPP leader a 20-percent lead over the KMT contender.
The Next TV survey gave 38.8 percent to Tsai and 34.9 percent to Hung.
However, the TV station also presented another scenario to its poll respondents, adding independent Shih Ming-teh and People First Party Chairman James Soong to the mix. Shih, a former DPP chairman, has already announced his intention to run, but Soong is reportedly waiting until August before he will make public his decision.
If Shih and Soong were in the race, Tsai would still lead, but with only 32.7 percent against 28.3 percent for Hung. Soong would receive 15.7 percent of the vote, with Shih finishing a distant fourth at 1.7 percent.
As in previous polls, the Next TV survey also showed that Hung still had a lot of work to do in winning over the support of younger voters. According to the earlier TVBS poll, Tsai led Hung by about 20 percent in the age groups from 20 to 39.