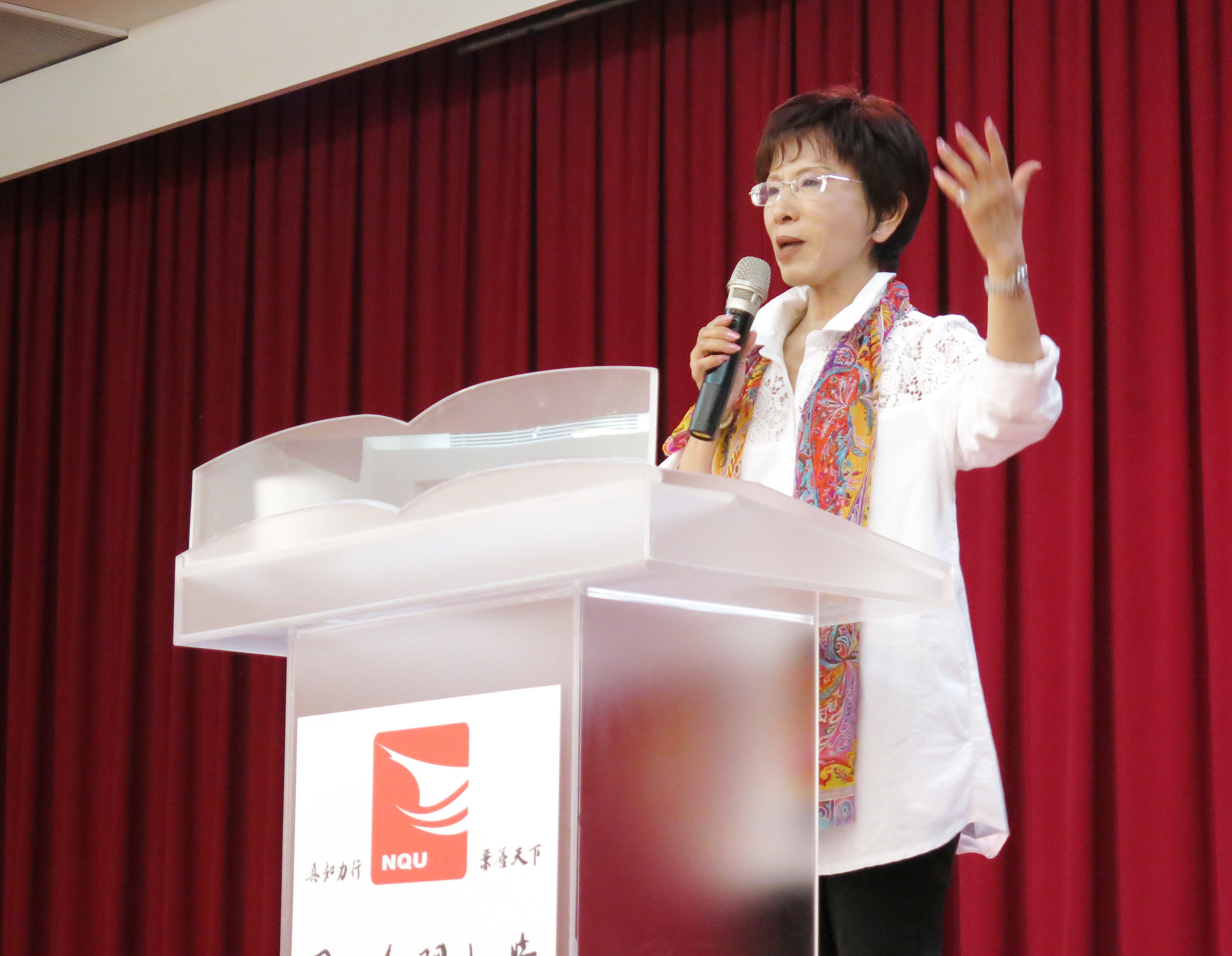 Hung not inclined to visit U.S. before election

Taipei, June 18 (CNA) Ruling Kuomintang (KMT) presidential candidate Hung Hsiu-chu said Thursday that she is not inclined to visit the United States before Taiwan's 2016 presidential election.
Hung said she would prefer to go to the United States or Japan after getting elected in January.
She said that if she were to go to the United States now, it would be like taking a test or attending a job interview, which she said would be very strange.
She said probably the U.S. side does not know her and is curious about her, but they should feel at ease with the KMT and believe that she will not suddenly become a troublemaker in the bilateral relationship or in Taiwan's dealings with China.
According to Hung, many people in the KMT, including Chairman Eric Chu, have encouraged her to visit the United States because this would help boost the morale of Taiwanese expatriates there.
However, Hung said it would not be good if she purely visits Taiwanese expatriates there and that she is hesitant as to whether to go to Washington, D.C. A more important issue is that opposition Democratic Progressive Party presidential candidate Tsai Ing-wen has prepared herself for so many years, while it has been less than two months since she joined the KMT presidential primary, Hung said.
She said she has to race against time to tour around Taiwan to see as many people as possible.
Also Thursday, KMT Secretary-General Lee Shih-chuan suggested that Hung should visit the United States to communicate her policies to Taiwanese expatriates there.
On Wednesday, Kin Moy, the new director of the American Institute in Taiwan, said the United States would welcome a visit by Hung if she decided to make such a trip.
Moy also said Hung would be accorded the same level of courtesy as Tsai if she visited the U.S.
Hung is expected to be confirmed in a KMT national conference in July as the party's official candidate.